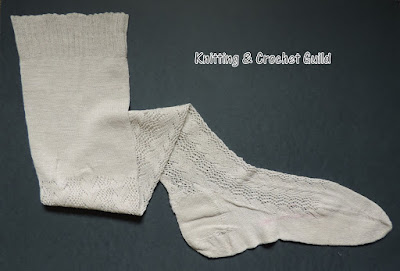 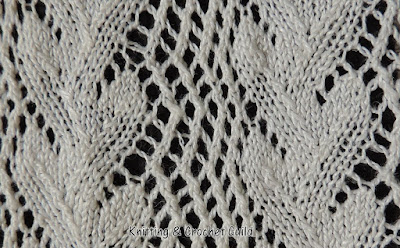 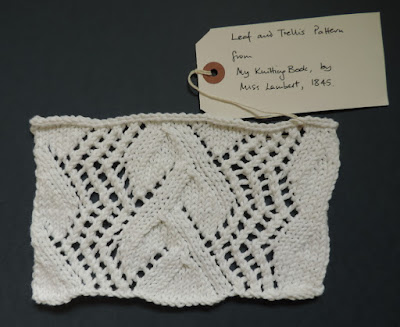 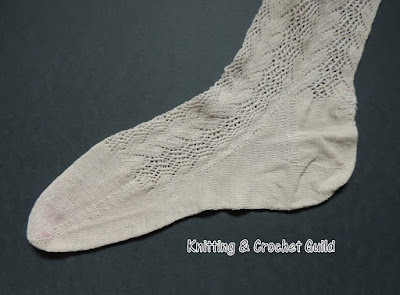 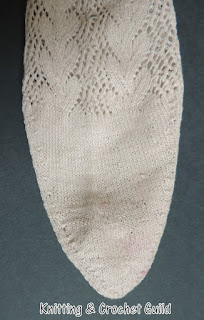 But clearly the stockings did fit someone, who wore them a lot and looked after them.  And then eventually they were put away and kept carefully, until the end of the 20th century, when they were acquired for the Guild collection. And we can admire the skill that went into making them, and marvel at the amount of time they must have taken.
Posted by Barbara at 16:51 2 comments: Links to this post

I mentioned in my last post that at the show-and-tell session at the Guild Convention 2 weeks ago, I showed the summer scarf knitted in Rowan Linen Drape that I started in April (described here).  I finished it just before the Convention. 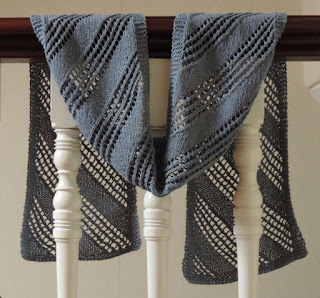 Here it is.  It does drape very well (as it should, given the name of the yarn).  I like the fact that even the stocking stitch stripes are slightly translucent.  And as I planned, it's an open pattern but not too fussy.

If I've got time (hah!)  I'll write out a chart for the pattern and add it to this post.  And I'll try to take another photo with a better colour - the blue is less grey than in this photo.

I haven't actually worn it yet - it's been too warm to want to wear a scarf.   But today is cold and damp - a raincoat and a scarf are needed, and it will get its first wearing.
Posted by Barbara at 10:44 No comments: Links to this post 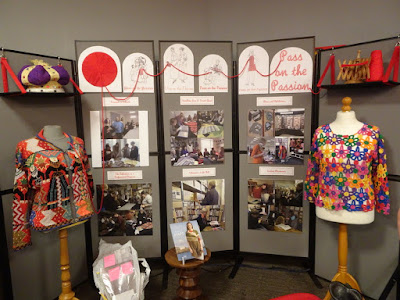 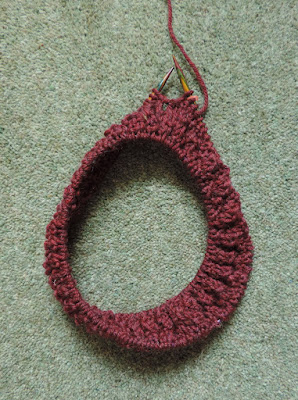 I contributed to the Convention, too.  There was a 'show-and-tell' session on Saturday evening, when members could show something they made during the past year.  I took the summer scarf, started in April, which is now finished - I'll write about that later.  And Maureen and I did a short presentation on 'How to do a Trunk Show'.  I had brought two items that haven't previously featured in trunk shows and talked about them - but those are two more stories for the future.
Posted by Barbara at 18:11 No comments: Links to this post