I wrote in October about a cushion cover I was knitting for my daughter, using a slip-stitch pattern.  I knitted a miniature trial version first, before starting the full-size one.  I knitted most of the patterned side on the KnitAway weekend in Blackpool, and now the whole thing is finished. 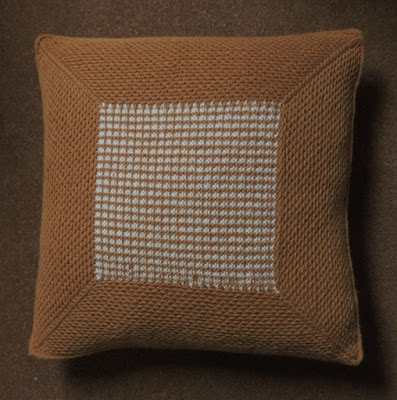 I've used a slip-stitch honey comb pattern.  Mary Thomas gave directions for it (under the name Honeycomb Slip Stitch) in her 1934 Book of Knitting Patterns, and it must be much older than that.  For the middle square of the cushion, I have used it wrong side out, because I think that side looks more interesting in two colours. 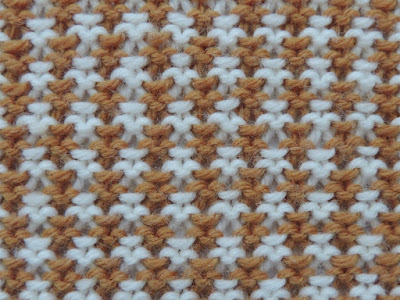 The outer border is done in the same stitch pattern, right side out. 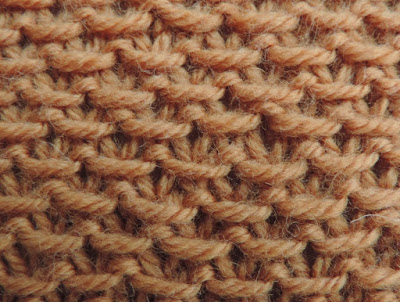 I picked up stitches all round the centre square, and knitted in rounds until the square was big enough to fit the cushion.  Slip-stitch honeycomb lends itself to a neat mitre at the corners. 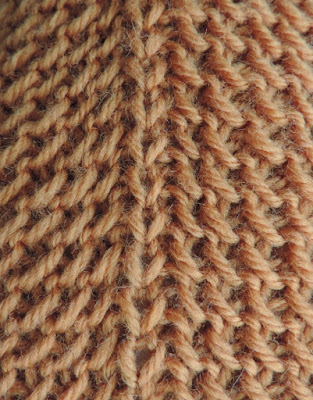 I cast off the square using an i-cord bind-off, so that it looks like piping around the edge of the cushion, and then picked up stitches along two sides to knit two stocking stitch flaps for the back. The buttonholes are not at all neat, I'm sorry to say, but as they are at the back of the cushion you can't see them, and they are very rarely going to be used.  So I don't care. 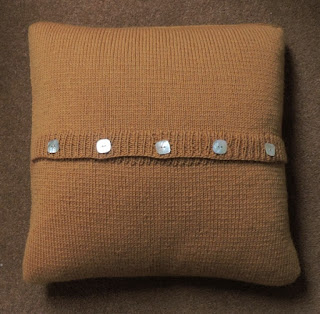 It's a very soft and cosy cushion, and my daughter likes it.  (She doesn't care about the button-holes either, or more likely hasn't noticed.)   And the colours look good as a contrast to the navy throw and grey-blue cushion on her sofa.  My own design, and I'm proud of it. 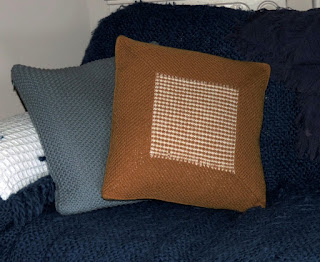