Day Out in Calderdale

On Friday I took a day off from sorting knitting & crochet magazines and we went over the hill to Calderdale, first to the antique centre in Mytholmroyd where I bought a bundle of old knitting needles last year.  This time I found several good buys, including: 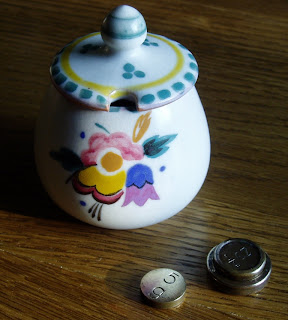 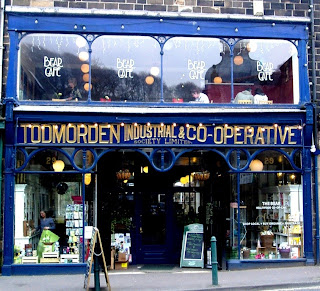 We went on to Todmorden, a very characterful little town, with a good secondhand bookshop amongst other assets. We had coffee and cake in the cafe above the former Co-operative store. I had a beetroot and chocolate brownie.  J said the idea was disgusting, but it was very good - very rich and moist, not tasting of beetroot at all. 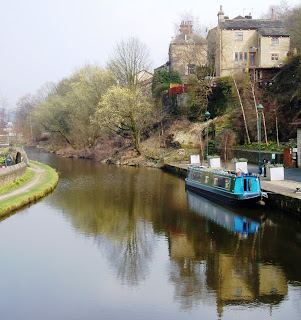 The Rochdale Canal runs through the middle of Todmorden. The valley is very narrow, so the houses cling to the valley sides with some very steep little lanes winding through them. It could all be very picturesque, though Todmorden is a bit too down-to-earth to be called that.

Locally, Todmorden is known as "Tod" - hence, the shop name "Sweeney's at Tod".  A hairdresser's, of course.  I don't know why hairdressers like to choose awful puns for the names of their salons, but that is one of the best (or worst) I have seen.

Here is another Tod shop front. I have no idea what green tripe is - not sure I want to find out. 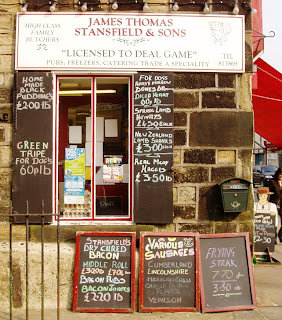