While I was in Shetland for Wool Week, I went on a tour of Jamieson's Mill at Sandness. It's about 30 miles from Lerwick, on the west side of Mainland.  A coach picked us up in Lerwick, for a 50 minute drive across the island.

Garry Jamieson gave us a tour of the mill (in two groups, so that there was plenty of time to look around the shop, too).  It was fascinating to see all the processes involved in converted the raw fleece into balls of knitting wool, all in one building (as well as weaving and knitting, too). Garry showed us one of the fleeces, in the state that they arrive in, and talked about the quality of the wool. 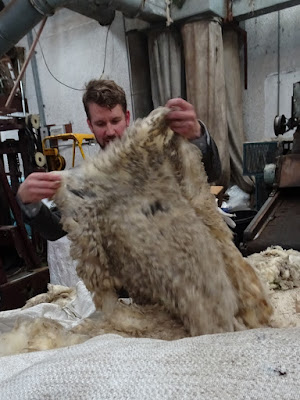 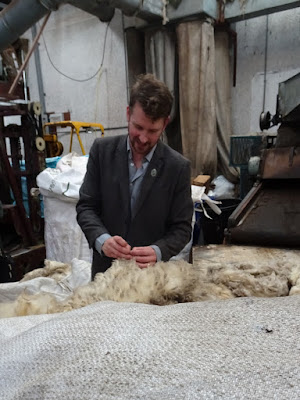 After washing, the wool is dyed. The dyepot looked like an enormous pressure cooker, gently steaming. 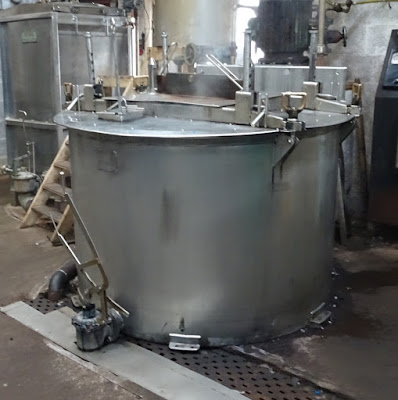 Later, it goes through a carding machine... 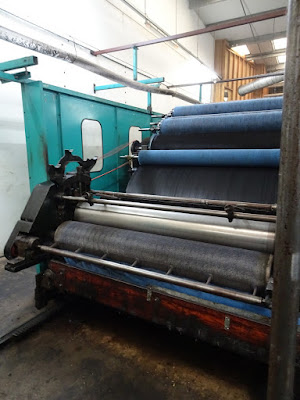 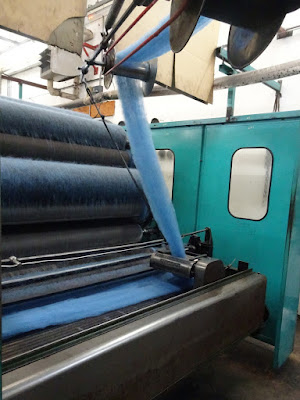 And then gets spun. I think this is what's going on here: 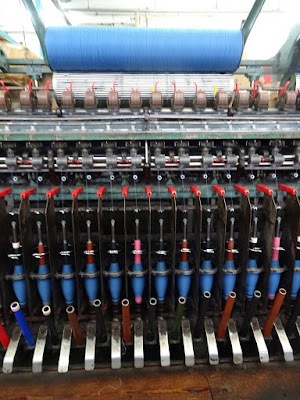 And after two strands of the spun yarn are plied together (Jamieson's Spindrift is 2-ply), it's ready to be wound into balls. 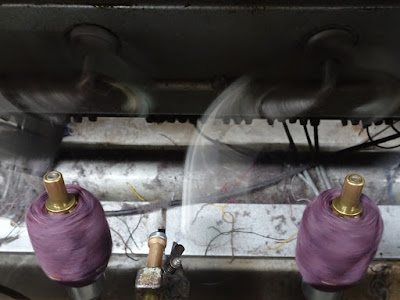 (The blur in the middle is the wool moving very fast.)

Finally, each ball gets a ball band, and 10 balls make a pack of wool... 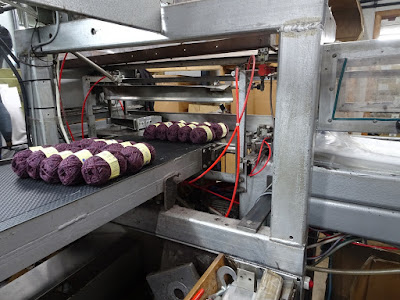 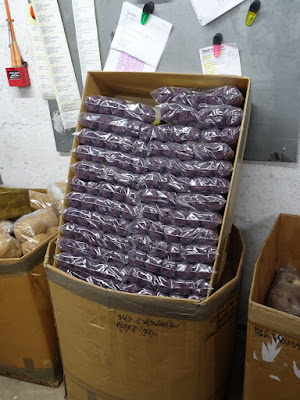 Apologies for any inaccuracies - all due to me, and not to Garry's tour.

A couple of eye-catching things around the mill. 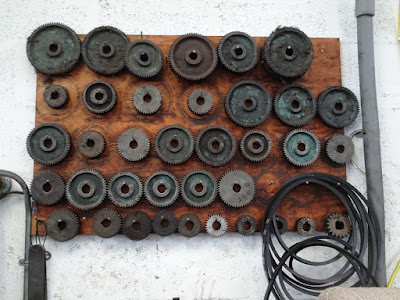 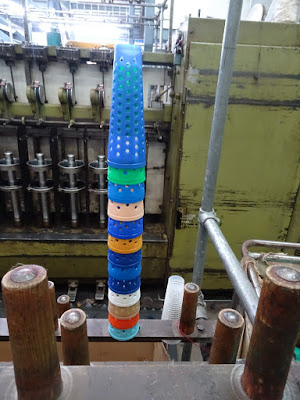 And as I said, there was a shopping opportunity.  I had already bought the Shetland Wool Week Annual, which is mainly a book of patterns, beautifully illustrated with scenes of Shetland, and decided that I'd like to knit the Seaweed Slipover, designed by Wilma Malcolmson. 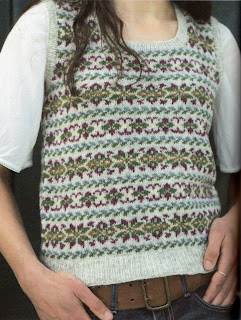 The background colour is pale grey, which I like a lot, but I decided that I wanted the other colours to be slightly lighter and brighter versions of the ones in the Album.  These are the ones I picked from the Jamieson's shop: 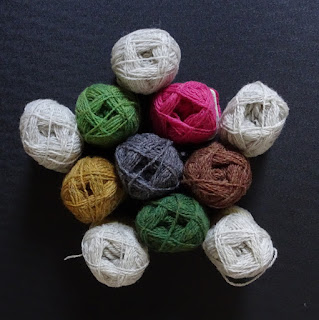 It's hard to get an accurate rendering of the colours, especially the pink (Lipstick).  These are from Jamieson's website: 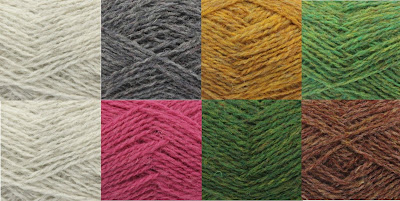 I have knitted three Fair Isle jumpers or pullovers before, though a long time ago, but this will be the first one knitted properly, i.e. in the round, with steeks.  It will be my next project, after my current one.

I forgot to mention in my last post that while I was in Shetland, I realised that I had somehow missed one of Ann Cleeves' Shetland novels.  (Not the last one, so I don't know how I missed it.)  I bought a copy in the Shetland Times Bookshop in Lerwick, and read it on the way home. And now I'm re-reading the other seven.  Many of the places mentioned in the books are real places, and so it is lovely to read about places I went to.  There is a scene, for instance, where two people have a drink in the bar of the Mareel, the arts centre in Lerwick, near the Shetland Museum. I did that too!   I'd really like to watch the TV programmes again, as well, because I know that they show wonderful scenery, and now I've seen some of it.  The programmes don't seem to be available just now, but I'll keep looking. 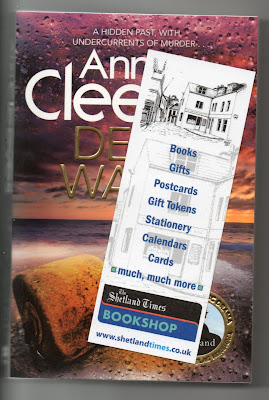