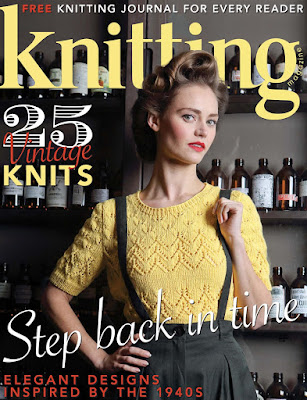 The May 2017 issue of Knitting magazine is just out - full of designs inspired by the 1940s.   I've been waiting for it to appear, because one of the designs is an update of a 1940s pattern in the Knitting & Crochet Guild collection.  The Knitting editor asked me to pick some suitable patterns, and between us, she and I chose a lace jumper pattern called Petronella. 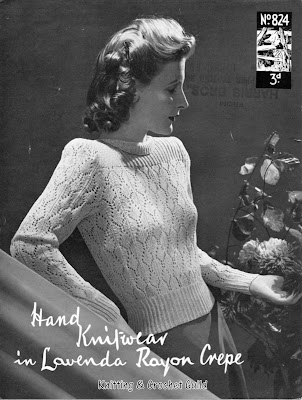 It uses a very pretty lace stitch, and has a very 1940s look.  It has the typical wide squared-off shoulders, but not too extreme - I think they are mostly due to shoulder pads, rather than having the exaggerated pleated tops to the sleeves that were common. 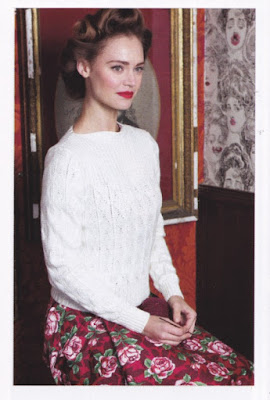 I love the model's 1940s hair style - very like the one in the Lister pattern.  As well as having an appropriate hair-style, the model's clothes in all the photos are from Collectif, who specialise in vintage and retro clothing.

Here's another of the designs from the magazine.  Fair Isle was very popular in the late 1940s, and this pullover looks great. 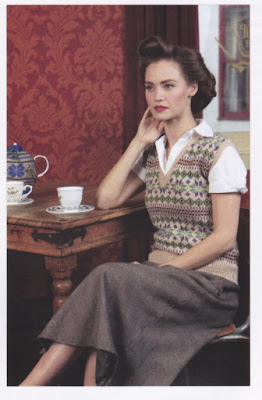 And the magazine also has a piece written by me, about the Knitting & Crochet Guild's collection, and the work of the volunteers who are sorting, cataloguing and recording it, and endeavouring to make it available to the rest of the Guild - and the wider public.  It's very satisfying that we were able to use the patterns in the collection to contribute to this issue of Knitting.
Posted by Barbara at 11:28