Last Thursday evening, we had the monthly meeting of the Huddersfield branch of the Knitting & Crochet Guild. I had been scheduled to show some of the doileys in the KCG collection - I'm not sure how I had been persuaded to do that, because I am really not a fan of doileys.  Some of them are undoubtedly very pretty, though, and I picked a selection of those for Thursday's meeting.

Roses are a popular motif in doileys, and they often have several layers of petals, as in Irish crochet.   (Not very practical for a mat, whose main function is to be flat, but practicality is really not much of a concern in making doileys, it seems to me.) 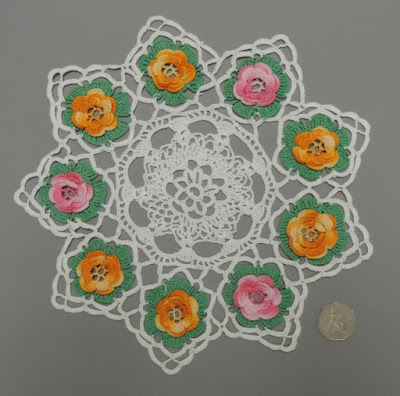 Other Irish crochet motifs also appear in doileys - I particularly like one which has pink daisies round the edge, a ring of leaf motifs and a rose in the middle. 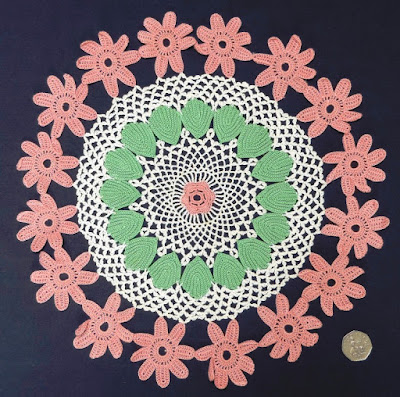 It's possible to crochet quite an accurate pansy shape, and after someone figured that out, pansies became a popular element in doileys, too. 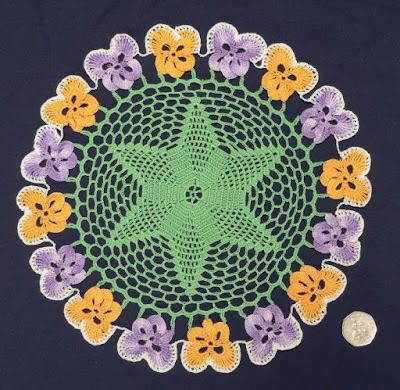 And, as advertised, there was also a doiley with butterflies. 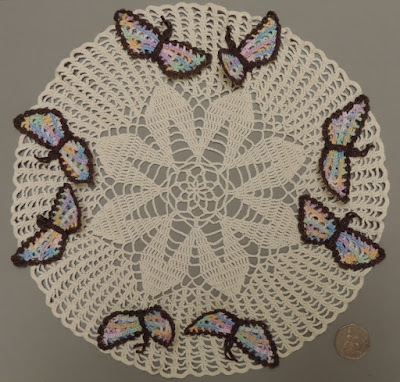 A doiley that I spent a lot of time on before the meeting was one with a ring of daffodils around the edge.  It had been stored with other doileys on top of it, so the daffodils had been squashed flat.  I washed it and then tweaked and primped it while it was still damp, to make the petals lie flat, and to open out the trumpets and make them stand up. 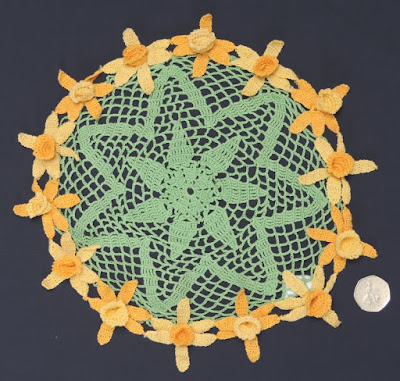 Most of the people who go to the Huddersfield KCG meetings are knitters, and don't do much crochet, so I also took a selection of knitted doileys.  I found some beautiful and delicate examples in the collection. 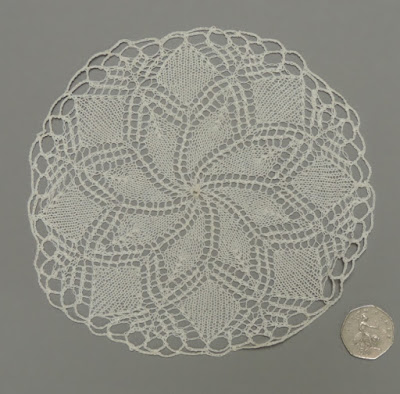 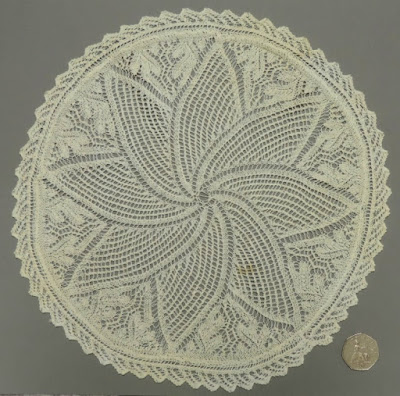 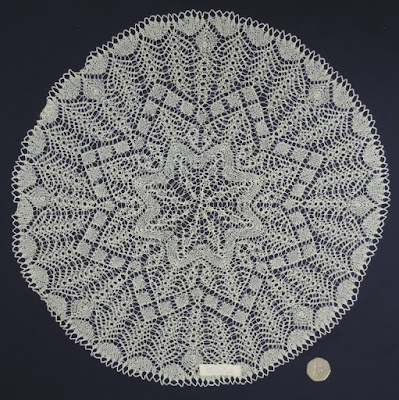 The 3-dimensional crochet doileys, like the ones with daffodils and butterflies, are tricky to store and transport - any weight on top will flatten them.   Angharad had a brainwave and came up with a solution - pizza boxes.  So I went to a local pizza take-away, where they evidently didn't see anything out of the ordinary in selling empty pizza boxes, and now the daffodil and butterfly doileys are nestled in tissue paper, each in their own box  (with a picture of the Grand Canal in Venice on the top).
Posted by Barbara at 22:24