As you know, I am always looking out for references to knitting in unlikely places.   Our holiday in Wales last week wasn't very fruitful in that respect, but I did find one mention.  We went to Llanfyllin, about 10 miles north west of Welshpool, where we had a very nice lunch with our friends in the Seeds restaurant.  And after lunch, we went to the church - St Myllin's.   (Llanfyllin  means, more or less, the church of St Myllin. Changing an initial m to f sometimes is something that happens in Welsh.) 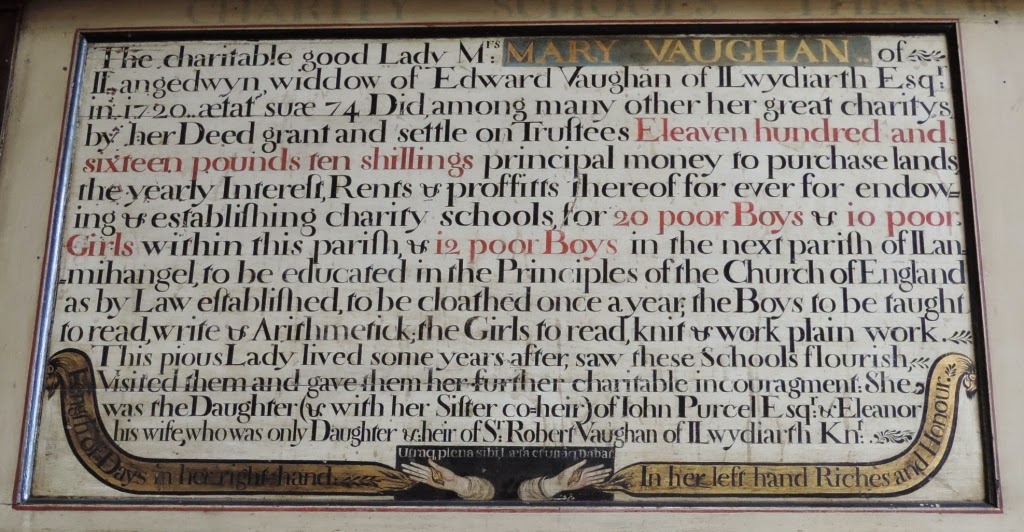 On the front of the gallery at the back of the church was a series of painted panels, detailing various benefactions to the church and the town, including this one:

The charitable good Lady Mrs. Mary Vaughan of Llangedwyn, widdow of Edward of Llwydiarth Esqr. in 1720, aetat. suae [at the age of] 74 Did, among many other her great charitys, by her Deed grant and settle on Trustees Eleaven hundred and sixteen pounds ten shillings principal money to purchase lands the yearly Interest, Rents & proffitts thereof for ever for endowing & establishing charity schools, for 20 poor Boys & 10 poor Girls within this parish, & 12 poor Boys in the next parish of Llan-mihangel, to be educated in the Principles of the Church of England as by Law established, to be cloathed once a year; the Boys to be taught to read, write & Arithmetick; the Girls to read, knit & work plain work. This pious Lady lived some years after, saw these Schools flourish, Visited them and gave them further charitable incouragement. ...

I saw a similar record of a charitable endowment made in 1718 last year, in Herefordshire, reported here.  That listed similar subjects, but they weren't split between boys and girls (though perhaps it was thought to be obvious).  Here, it is made very specific.  The boys get what we would now think of as a very basic primary education - literacy and numeracy.  But the girls only get the reading part of that -  reading used to be taught separately from writing, and before it.  And then to "knit and work plain work" - which I think means plain sewing.  I assume that knitting and sewing were thought to be useful skills for an 18th century housewife in a poor household.  In some regions of  Britain, knitting stockings would be a way of earning money, but I think in those areas, men as well as women knitted at that time, and the skills would be learnt within the family.

£1116 10s. would have been a huge sum of money at that time, so Mrs Vaughan was a generous woman.  I wonder if the charity still exists? 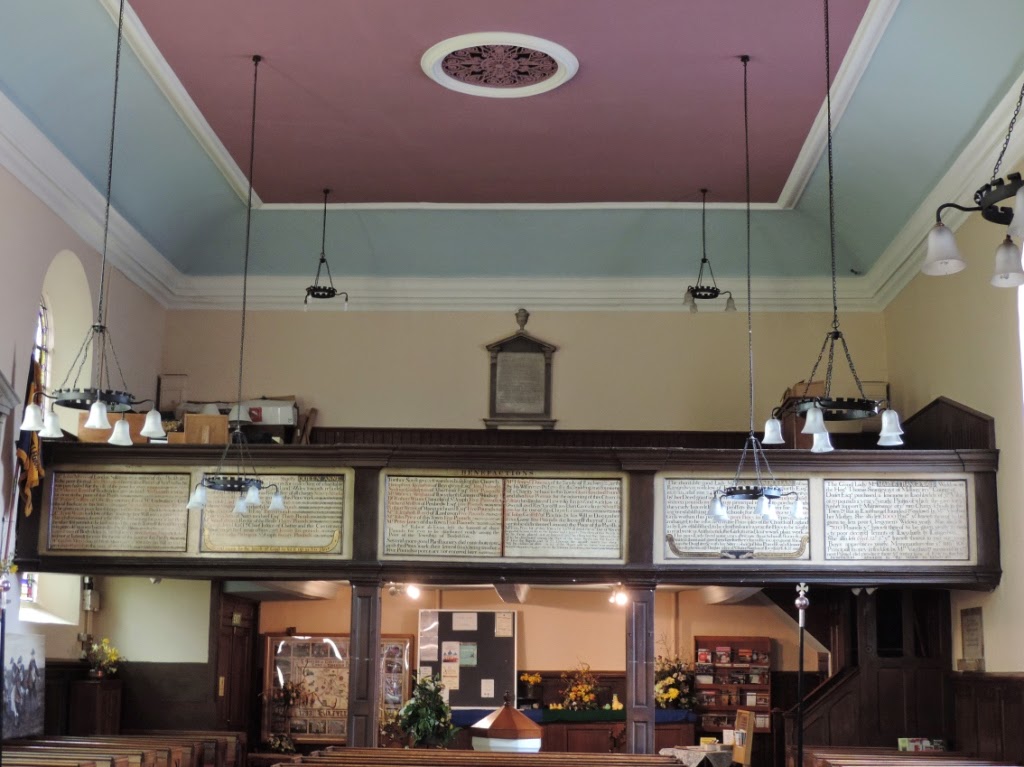