Miss Ellaline Terriss in a Cardigan

We went to an antiques & collectables fair at Doncaster Race Course yesterday, and I bought a few knitting-related things, including a postcard of an actress, Miss Ellaline Terriss, wearing a knitted garment of some sort. 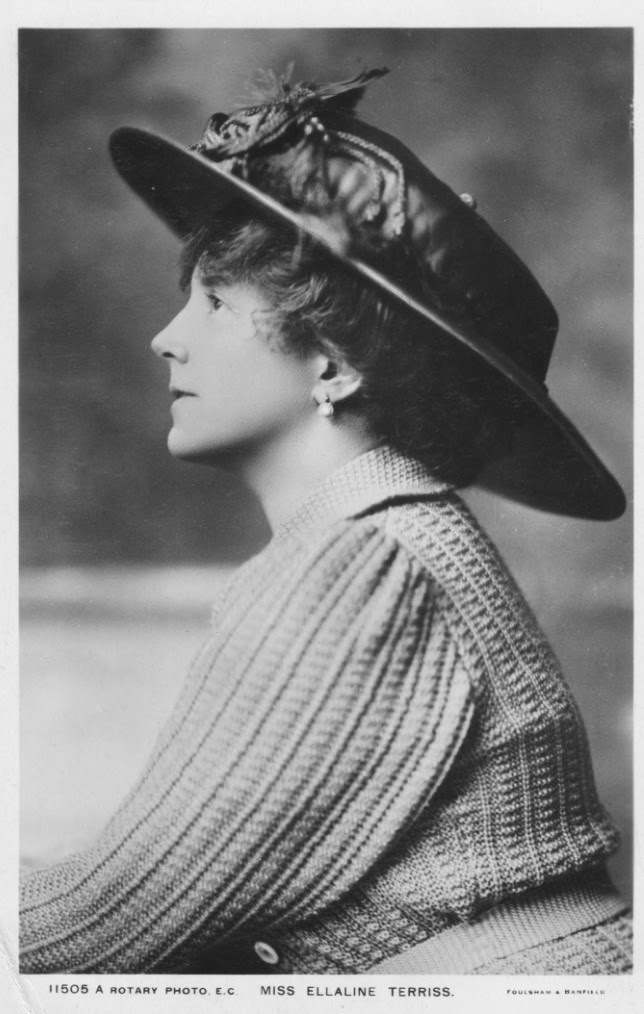 I think the postcard dates from around 1900-1910.   Miss Terriss was born in 1871, lived to be 100, and was "best known for her performances in Edwardian musical comedies", according to Wikipedia.  In this postcard, she is shown in casual dress, I'd say - the hat is rather simple and understated by Edwardian standards, and a knitted jacket at that date tends to signify sports wear.

If you're more interested in knitting than Edwardian musical comedy actresses, the postcard is worth examining for the stitch pattern and the details of the construction of the cardigan.   It seems to be shaped to the waist, and is possibly double-breasted, from the position of the button.  It has a garter stitch belt and collar, and I'd guess is quite long, with buttoned cuffs.  I'm sure it's hand-knitted, but probably not by Miss Terriss. 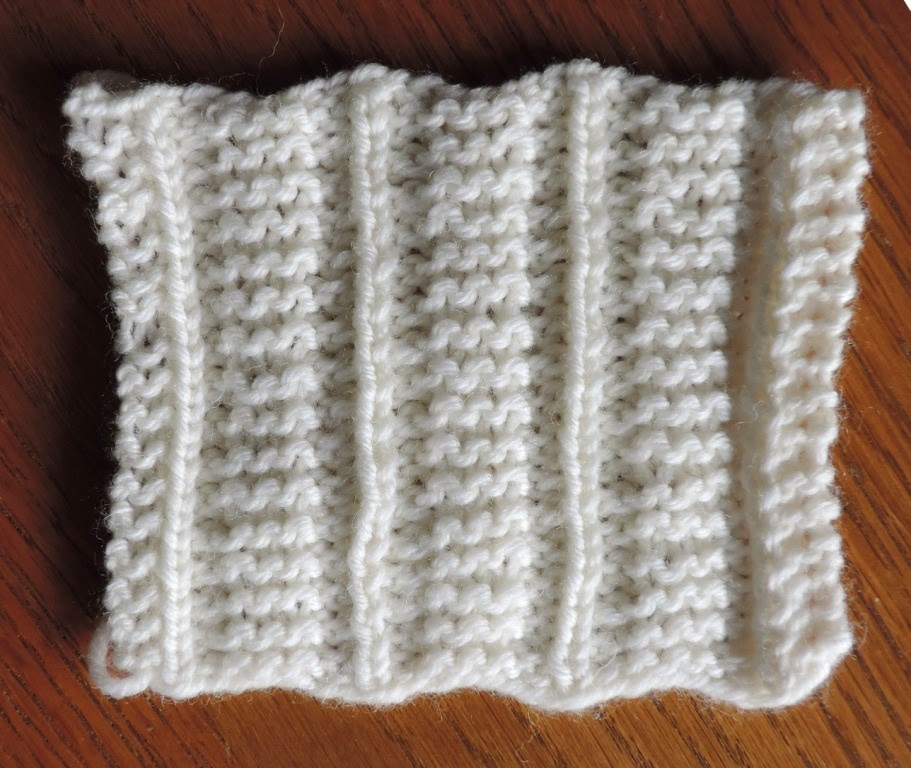 (I have omitted the 2 edge stitches either side that are in the swatch.)

Much more interesting than the frilly dresses that Edwardian actresses were usually portrayed in.
Posted by Barbara at 18:40