Knitting for Soldiers and Sailors


I wrote last year about the April 1914 issue of The Lady's World Fancy Work Book.  In those pre-war days, most of the magazine was concerned with 'fancy work', especially decorative crochet.  But there were also a few knitting patterns, for instance a woman's knitted 'sports coat' - a cardigan, more or less.

By January 1915, the magazine had decided that they should provide patterns for readers who wanted to knit comforts for soldiers and sailors.   The introduction to the issue said, "So many comforts have been knitted for soldiers, but we fear comforts for sailors are being overlooked, and we would remind the home worker of the need of scarves, sweaters, stockings, mittens, etc., that is experienced by the men in the North Sea at this time of the year."  (Though actually if readers had been knitting for soldiers, that was no thanks to the magazine, which had not published any 'comforts' patterns in the previous issue.)  The front cover illustrates four of the patterns.  The body belt is "an absolute necessity for both soldier and sailor".  Khaki wool is specified for the sleeping helmet, so that is aimed at the Army not the Navy.   The other two are specifically for sailors.  The Seaman's Jersey is in navy double knitting wool.  It is knitted in stocking stitch, apart from a patterned yoke, and has a ribbed roll collar.  The Sea Boot Stockings are knitted in the same wool.   Inside the magazine, there is a pattern for a Cardigan Jacket for a Soldier, also in double knitting wool "of a brown heather mixture colour, very suitable for soldiers' wear, although of course khaki or navy blue would be quite as serviceable."   And there is a very simple crocheted muffler for a soldier, in khaki double knitting wool.

Elsewhere in the magazine there are patterns for baby clothes, including a lacy 'matinee' jacket, and cycling or golfing stockings with fancy tops. 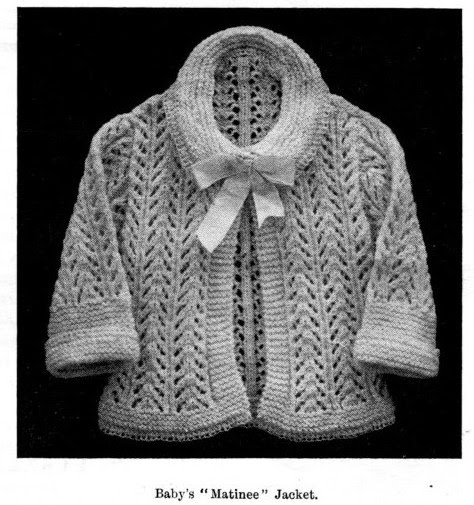 And in spite of the cover illustration of comforts for soldiers and sailors, more than half the magazine is still taken up by fancy work.  The biggest project is a chair-back in filet crochet, showing a cherub driving a chariot (full of apples? or oranges?) pulled by a rather depressed-looking lion.   A bit baffling, really.  The chair-back takes 188 rows of crochet, and the instructions for each row are given stitch by stitch.  Six and a half pages of print (a proof-reading nightmare).  Use a chart, people! Would the finished chair-back be worth all that effort?   I don't think so. 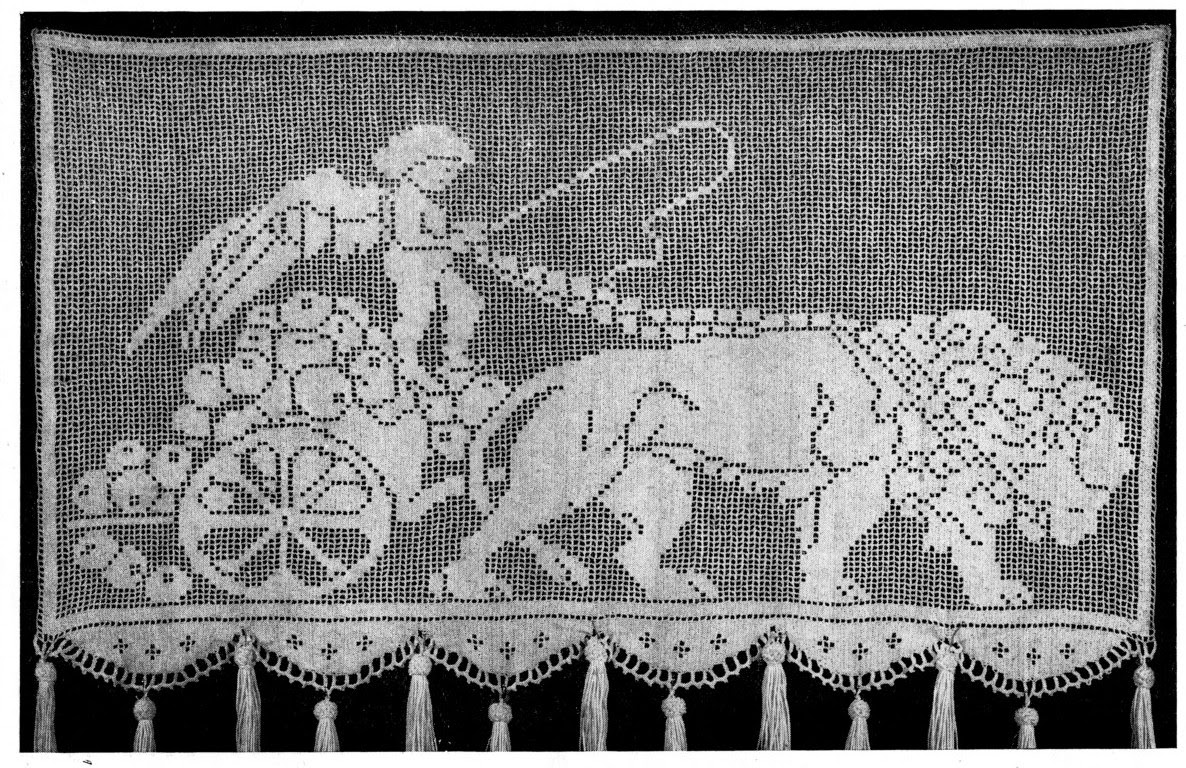 There are several ads in the magazines from spinners producing suitable wools for knitting comforts for soldiers and sailors, so perhaps that gives a better indication of what the magazine's readers were really spending their time on. 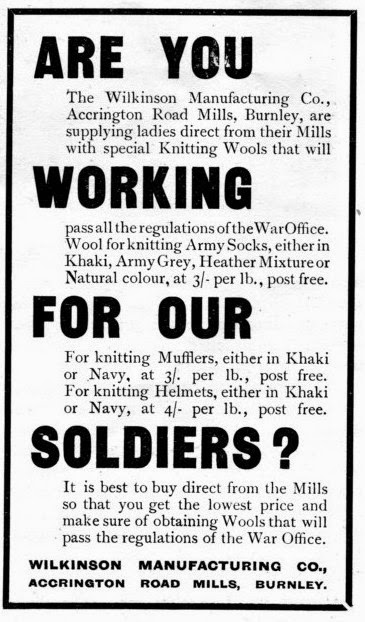 You can find a pattern from the magazine for a rather strange-sounding combination of cap and scarf, here.    A copy of the whole magazine is available to members of the Knitting & Crochet Guild.
Posted by Barbara at 11:51