The main KCG stall had a display of knitted and crocheted lace, and we used the Stitch by Stitch demonstration to show more lace from the Guild's collection. 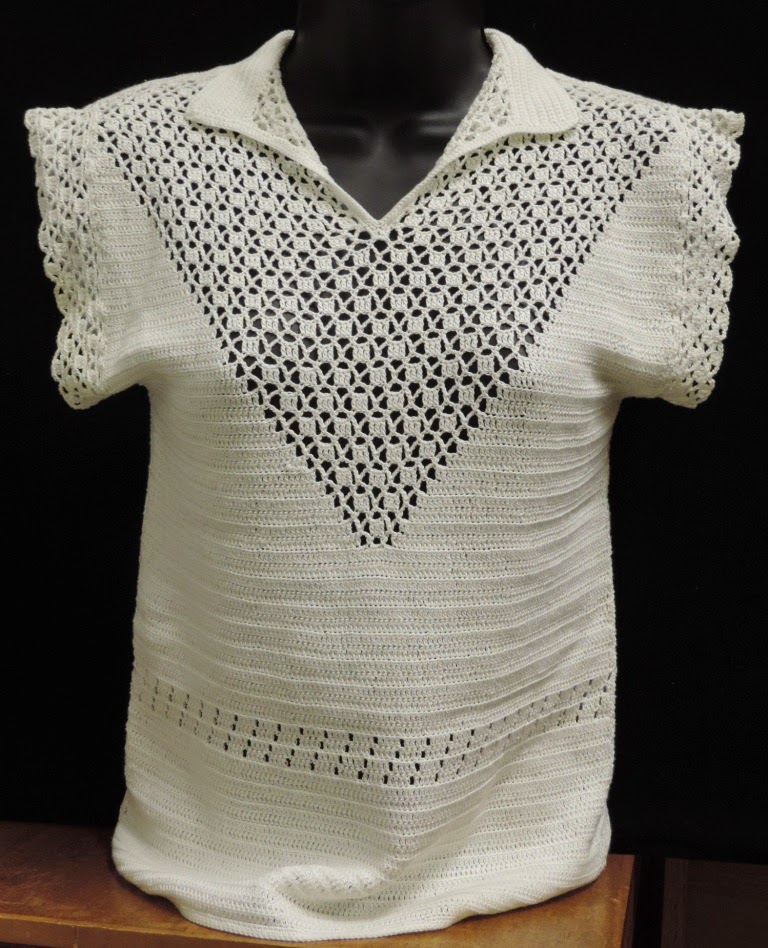 One of the items we showed is a beautifully crafted crochet piece, but otherwise a bit of a mystery.  It was bought for the collection in a charity shop, so we have no other provenance for it - we have no idea who made it, or when, and no way to find out.  It is crocheted in very fine yarn, which I thought at first was cotton, but now we think it might be a mixture of cotton and some sort of synthetic yarn.  It might be a tennis shirt.  It is hard to assign a date:  it could be 1930s, though 1930s tops tended to be much shorter.  It could be 1950s, though I would expect more shaping around the waist.  It could be later, though crocheted garments in such fine yarn would be unusual by then.

If we could identify a pattern for it, that would give us a lot more information.  Even finding similar patterns would help.  It's a long shot, but if any reader does recognise it, do please let me know.

We showed about 20 items in the Stitch by Stitch demonstration, and knew more about most of the other items than our mystery shirt.  (Though in some cases it was only that the style allowed us to date them more confidently.) The items that the audience found most interesting were three Irish crochet pieces - we don't know anything about the individual pieces, but they were almost certainly made commercially in Ireland before the First World War, and bought in this country.  The final piece that we showed was the best - an Irish crochet jacket.  It featured in the article on Irish crochet in Rowan magazine 55, and the photo was taken for that article.  It must have taken an immense amount of work, and the women who made it were probably paid very little.  But it is magnificent. 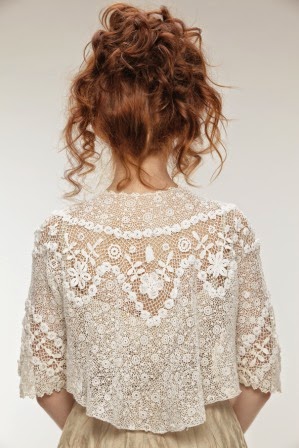