One scarf, one mitt 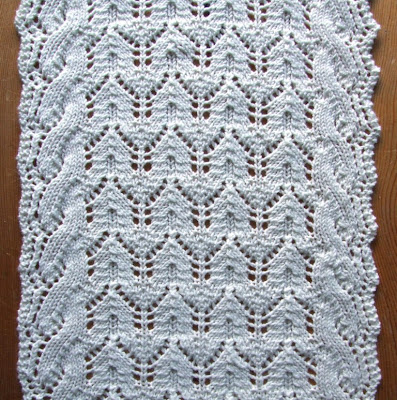 I have just finished the scarf that I have been knitting for my sister's Christmas present, that I started in October, as described here. I can write about it now, because it is not going to be a surprise and she saw it three-quarters finished a few weeks ago.


Blocking it made a huge difference, especially to the scalloped edging which was something that M particularly liked in the pattern. It wasn't really evident in the finished, unblocked scarf, but after pinning it out to dry on the ironing board, it looks much more as it is supposed to do.

She also asked me to make her a fingerless mitt, because she has arthritis in her left thumb and thought that keeping it warm by wearing a mitt might help. Just one mitt, not a pair. So I have sent her one made with left-over yarn. It's also Sublime baby cashmere merino silk 4-ply, like the scarf. The back of a mitt is a good place to try out new stitch patterns - this one has Elizabeth Zimmermann's Sheepfold pattern (from The Opinionated Knitter). It looks complicated, like a flattened cable, but is easy to knit and doesn't need a cable needle.  Worth using again. 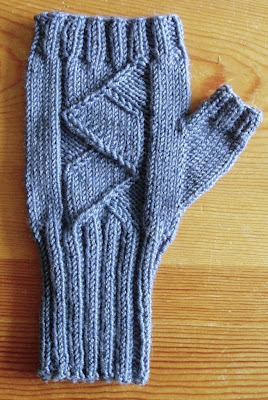