I haven't written anything here for weeks - apologies.  We were on holiday for most of May, first in Romania, then, after a few days back home to unpack, do the washing, and repack, to Greece.  Since we got back from Greece, I've been catching up on all the things that didn't get done while I was away, as well as all the things that have accumulated since.  I am never going to get around to writing about Romania (though it was a very good holiday), so we'll forget about that.  But I'll show a few photos of our Greek holiday.

As usual, we went with Gareth of Naturally Greece - this was our fifth holiday with him.  (There should have been one more, but we couldn't go the year I broke my wrists.)    We flew to Thessaloniki and then transferred to a lovely hotel, Ktima Bellou.  It's west of Mount Olympus - the top of one of the mountain's peaks is just visible from Ktima Bellou over the range of hills across the valley. 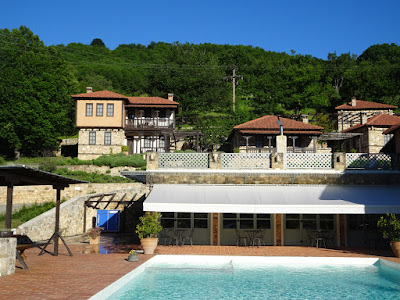 From there, we did some walks on the lower slopes of Mount Olympus, including part of the gorge from Prionia to Litochoro. There was snow on the bare slopes of the mountain, while the surrounding hills are forested. 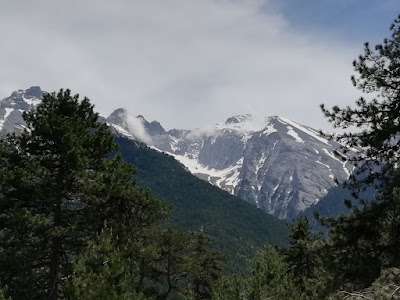 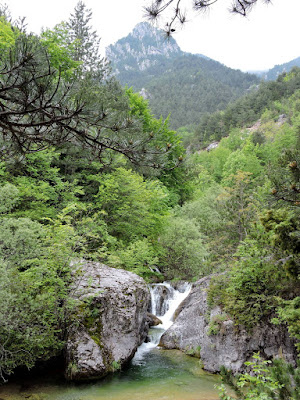 We visited the archaeological site of Dion, near Mount Olympus, and its museum. Dion was a religious centre in ancient times, for the worship of Zeus and other Olympian gods  - and gods from elsewhere such as Isis.   (Much of the visible remains are from Roman times,  and the Romans were very broad-minded about adopting other people's gods.)

For the second half of the holiday, we went to Olympiada, on the Halkidiki coast, and stayed at the Hotel Liotopi.  We did some more short walks and did a boat trip along the coast of the Mount Athos peninsula to see the monasteries - from a distance, as the boats have to stay a distance of 500m. from the shore (I think to avoid any possibility of women contaminating the place). And we visited Amphipolis, a huge archaeological site scattered over a large area.  The most impressive thing we saw there was the huge Amphipolis lion, which has been reassembled from fragments. 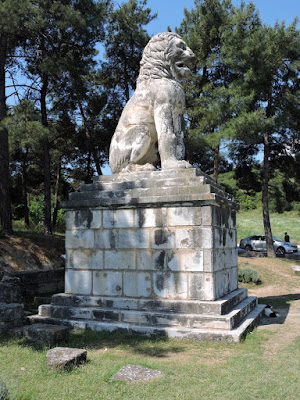 (Note the dog lying at the foot of the monument.  Greece seems to be full of dogs with nothing to do - at least this one has a role in providing a scale for the lion.)   It's thought that the base of the monument was much bigger, and there are lots of fragments left over, to one side of the site, so I can believe it.

We visited several other areas of Amphipolis, including a large early Christian basilica, with re-used columns from earlier buildings, and some nice mosaics.  I especially liked the octopus. 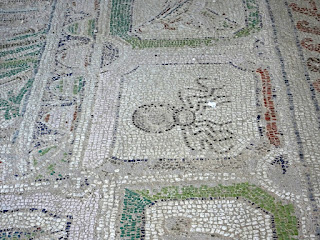 We went to the excellent museum at Amphipolis, too, where one of the treasures is the silver ossuary with a gold wreath, which held the cremated remains of Brasidas, the Spartan general who defeated the Athenians in 422 BCE in a battle at Amphipolis, but was wounded and died shortly afterwards. 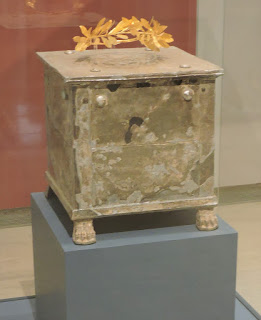 If I understood the label correctly, the ossuary was found on the site of the museum in the archaeological dig carried out before it was built - which is about as unlikely as finding the body of Richard III in a car park.

I think that Greece had a very cold spring this year, so the spring flowers were very late.  By the end of May they would usually have been over, but there were flowers everywhere. At Ktima Bellou, we did a short stroll in the meadow next to the hotel and found lots of different flowers, identified for us by a friend of Gareth's who is very knowledgeable about plants. 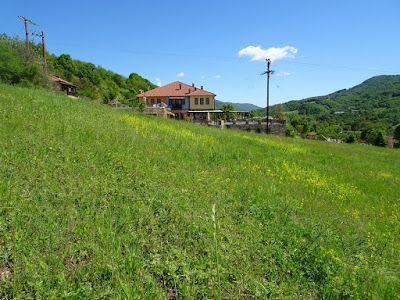 The archaeological areas of Amphipolis were very pretty, with masses of poppies and other flowers. 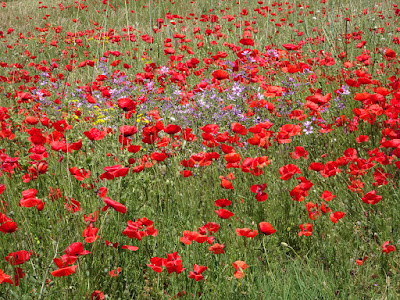 We did a walk along the beach near Olympiada and found several kinds of specialised seashore plants - this is sea bindweed. 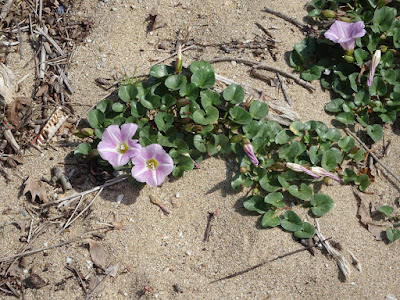 Throughout the holiday, we had very good food at every meal.  Ktima Bellou does wonderful organic food, much of it grown by the family, and Loulou at the Hotel Liotopi does regular cookery demonstrations of some of the dishes on the menu at her brother's restaurant where we ate every evening. 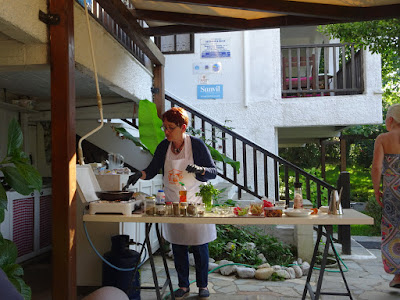 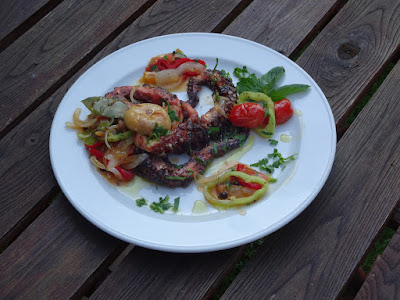 I don't like to think that I am so shallow and greedy that delicious food is an essential part of a good holiday, but sadly I find that it's true.  Since we got back we have been trying to recreate some of the dishes we had in Greece.  We have mastered spanakopita, and I'm working on a dish of roasted aubergine with walnuts and feta.  I don't think I'll ever cook octopus tentacles though.