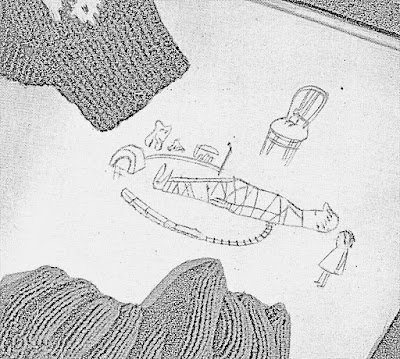 
The glove patterns must have sold well - copies turn up over and over, and leaflet 652 was reprinted at least once, with the same cover illustration.  But I think I have only seen one copy of leaflet 694, in the Patons archive, though the jumpers are perfectly nice (in a 1950s way), it's a useful pattern with several options, and the bright colours are attractive.  Perhaps the idea of being buried up to the waist spoilt its appeal.
Posted by Barbara at 12:54