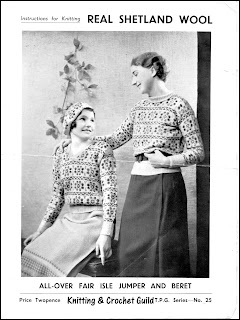 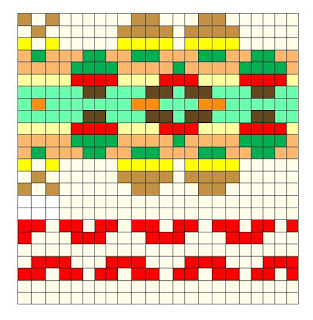 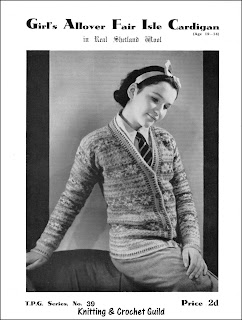 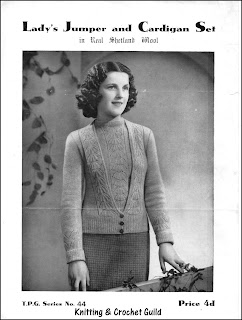 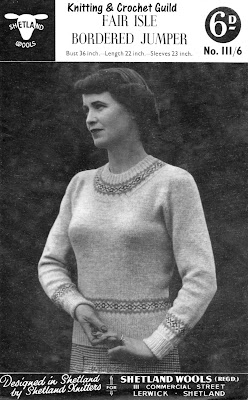 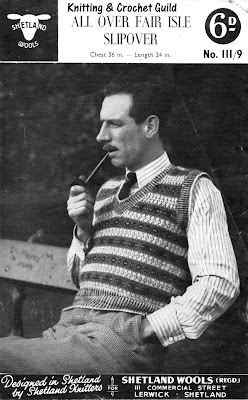 P.S. In January, someone emailed me to say that she thought the T.P.G. was the firm of T.P. Gordon (Perth) Ltd.,  who were listed in the Edinburgh Gazette as 'Shetland Goods Specialists' in the 1930s.  They were also, she said, mentioned as the publishers of TPG leaflets in a Broraspun leaflet in the 1970s. I was able to add a bit more information - T.P. Gordon was Thomas Patrick Gordon, who died in 1942 aged 88.  The notice of his death named the business as the Shetland Warehouse in Perth.  So, Perth rather than Shetland, though I suppose the patterns might have been designed there.
Posted by Barbara at 18:15