We have been on holiday (again!), this time to Bulgaria.  It was a tour for the Huddersfield & Disctrict Archaeological Society, visiting sites across Bulgaria and covering a huge timescale:   from an Iron Age dolmen near Hlyabovo, and the Thracian tombs near Mezek and at  Kazanlak, via Roman towns and villas, to medieval castles and churches, 18th-19th century houses and a 20th century garden.   Here's a selection of photos.

Queen Marie of Romania had a garden made for her at Balchik, on the Black Sea coast, with several little villas for herself and guests.  She liked to spend her summers there, and if I had a garden like that, so would I.  The roses were at their best when we were there, and wonderful.


And we saw some knitting - in a couple of the places we visited, there were hand-knitted lace tablecloths for sale, including several hanging on the wall of a house in the old town of Sozopol, on the Black Sea coast.   Very good value, considering the amount of work that must go into them. (Though I didn't buy one, because what would I do with a circular lace tablecloth?)


A lot of the sites we visited were out in the countryside, so we saw a lot of wild flowers, and butterflies.  It feels such an achievement to be able to get a good photo of a butterfly that I have included some here. 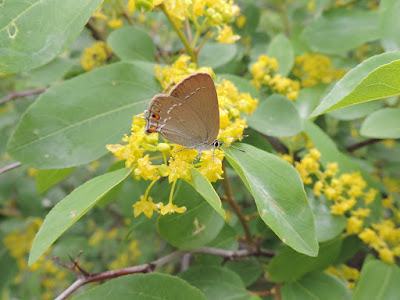 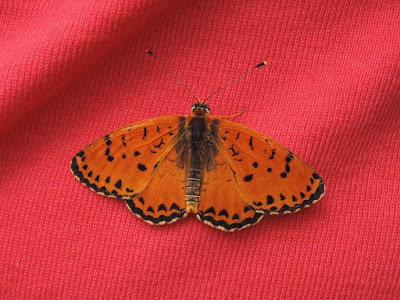 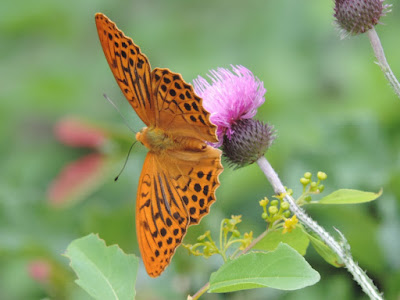 And as you can see, we had very good weather - hot and sunny, but not too hot.  It was quite a shock to come home to distinctly chilly temperatures.  (Flaming June!)

It was a fascinating holiday.  I knew very little about Bulgaria before we went, and I've learnt a lot.  I'd like to go back and visit Sofia and the Black Sea coast again.
Posted by Barbara at 11:23