Women and the Great War 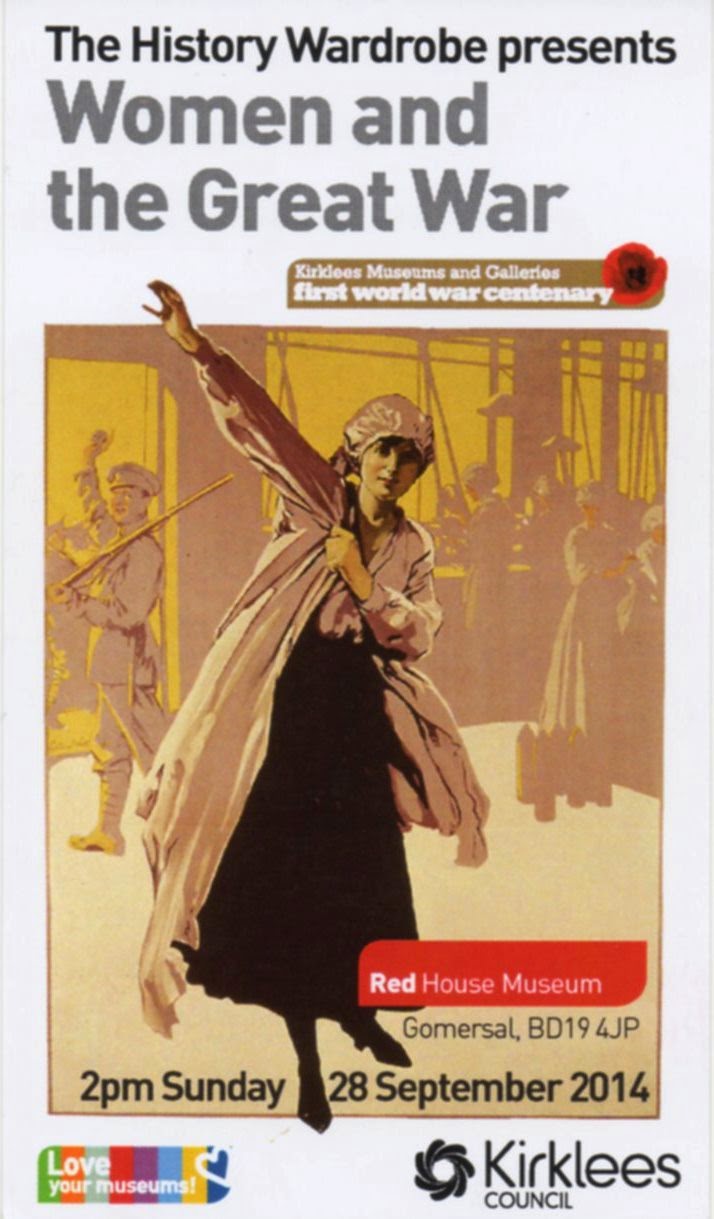 On Sunday, we went to a History Wardrobe event at the Red House Museum in Gomersal - a talk on Women and the Great War, featuring original clothing.  Lucy Adlington talked about a common idea (though hopefully not as common as it was?) that women played little role in the war. She talked about the shelling of Scarborough and Hartlepool, and the Zeppelin raids, which very obviously brought the war to the Home Front, killing women and children, as well as men.  And she talked about the work that women did during the war.  On show was an original nurse's uniform from the History Wardrobe collection, with a pair of starched cuffs, to keep the uniform sleeves clean, and still marked with the owner's name, W.Ingram.

The other presenter, Meredith Towne, played the role of a young dressmaker who had lost her job at the start of the war, as customers cut back on luxuries, and eventually became a munitions worker.  She appeared first in a very pretty dress from the start of the war, or just before, and later in a munitions uniform - amazingly, an original outfit, apart from replica trousers. 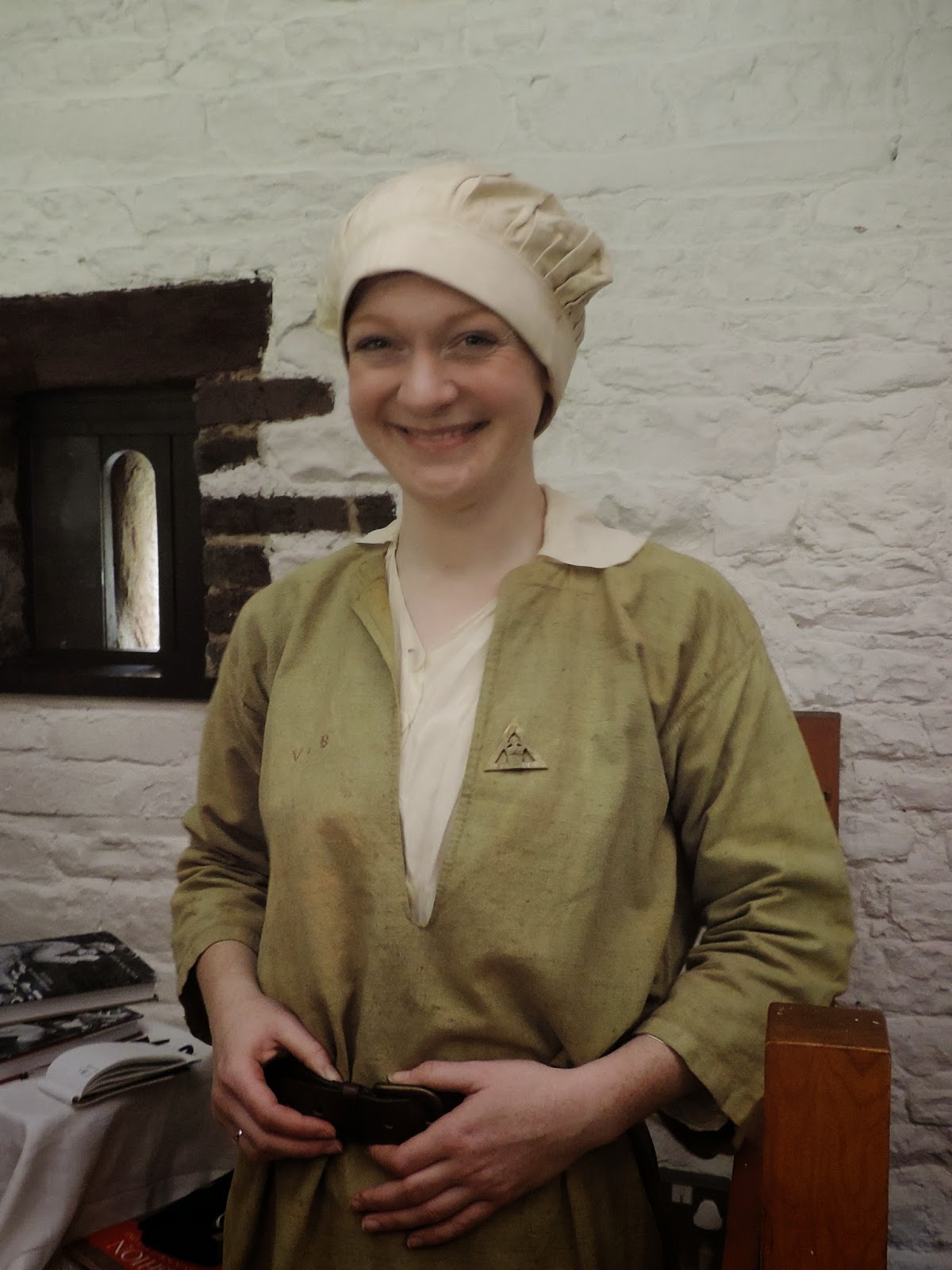 They also showed a beautiful wedding dress, with a wedding photo to go with it.  (Astonishing that these things have survived!)  The groom and best man were in Army uniform, so it was definitely a war-time wedding. 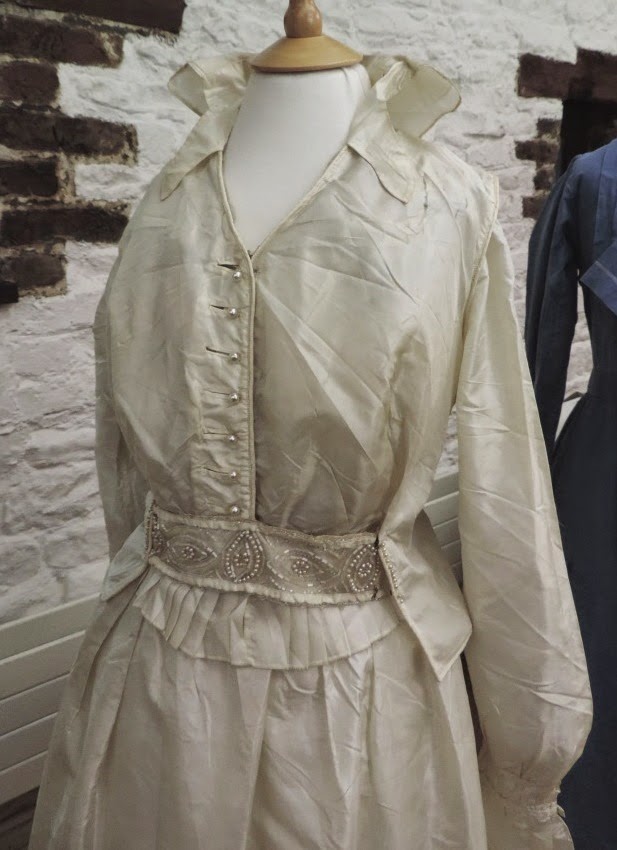 It was a very entertaining talk, with lots of fascinating information, and it was such a privilege to be able to see so much original clothing at close quarters. (Lucy also has a copy of the British edition of Vogue, from 1918!  And allowed me to look through it after the talk!  What a treat.)  History Wardrobe are repeating the show in various places around the country - it's worth tracking them down.

Lucy has written a book on Great War Fashion and I bought a copy after the talk, though I have only had time to dip into it so far.  It is very well illustrated - a few of the photos are of Meredith wearing items from the History Wardrobe collection.   It looks very well researched, too, and full of useful information.  I'm looking forward to settling down with it for a good read.
Posted by Barbara at 10:23