The Knitter article on the Guild 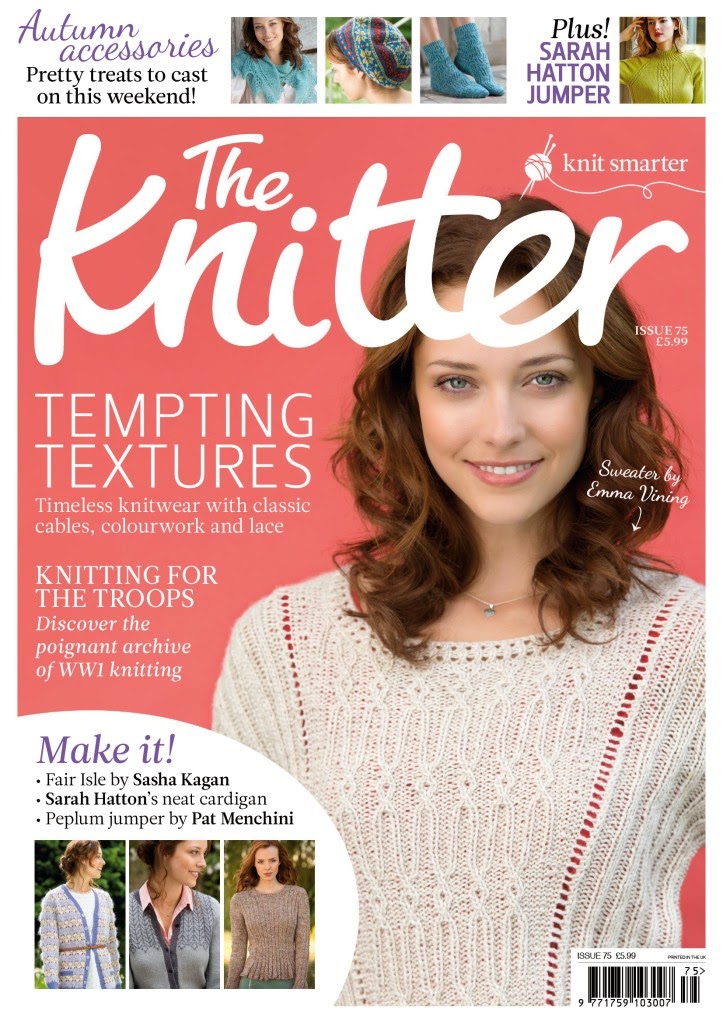 I've just been reading the latest issue of The Knitter magazine (no 75) - it has an article on the Knitting & Crochet Guild.  The writer, Juliet Bernard, visited the Guild's collection at Lee Mills a few months ago, and I showed her around.  It is fascinating to see in the article how the collection appeared to someone who had never seen it before.

Juliet was especially interested in the patterns that we have from the First World War, and the article focusses on those.  She has also written a shorter piece (here) for the Huffington Post, based on her visit.

During Juliet's visit, she asked what my favourite items in the collection are - a tall order to choose from the 50,000 pattern leaflets, as well as magazines, books, knitted and crocheted items, and everything else.  But as we were talking about the First World War, I picked a leaflet of coats and hats for little girls, Patons 'Helps to Knitters' X.  As Juliet describes, a pattern from the leaflet has been recreated for the Tell Them of Us film -  a gallery of photos of the costumes that have been knitted for the film can be found on the film's website here, under 'WW1 gallery'. 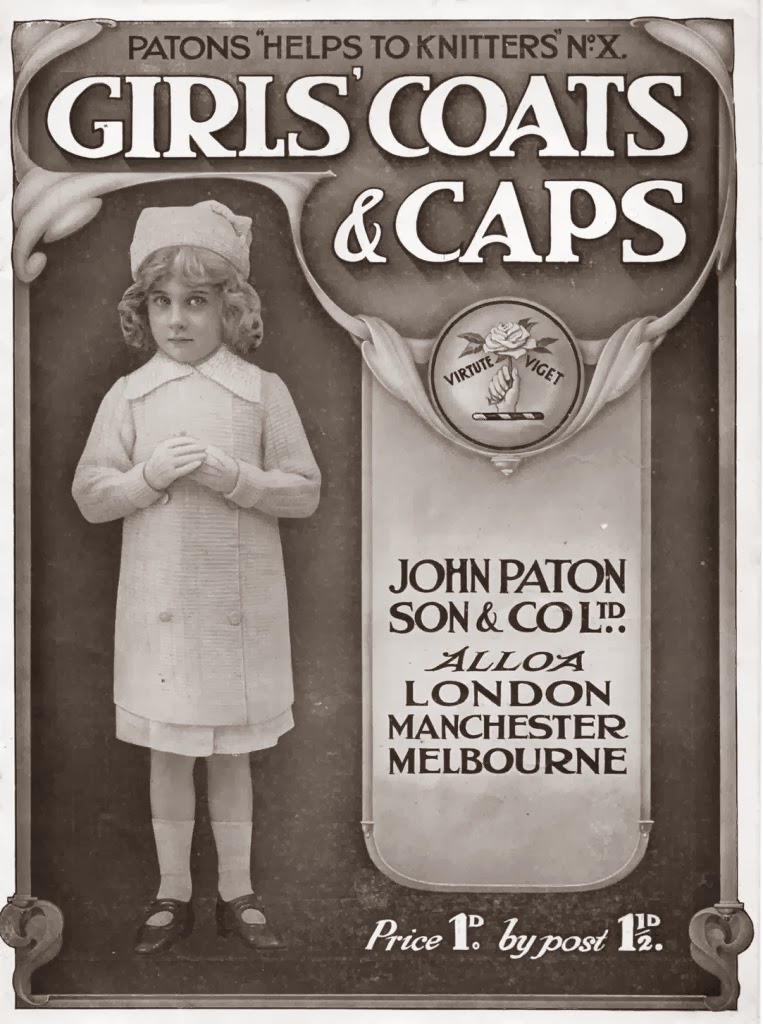 There are lots of good things elsewhere in this issue of The Knitter, too - some very enticing patterns, including the sweater by Emma Vining that appears on the cover.  I met Emma at the Knitting & Stitching show last November, and admired a Japanese-style jacket she had designed that appeared on the UK Hand Knitting Association stall.  I've been waiting since then for the pattern to be published, and she tells me that an updated version will appear in The Knitter shortly - I'm really looking forward to seeing it.