Today being the centenary of the start of the First World War (as far as Britain was concerned), I am launching a new blog to commemorate it, One Hundred Years Ago.  I had the idea for a new blog while researching knitting and crochet in the First World War, which I've been doing for the past year or so.  It was mainly out of personal interest, but I have also put together a talk on the subject, "Useful Work for Anxious Fingers".   (The title is taken from the ad below).  The talk had its first outing in July at the Knitting & Crochet Guild convention. 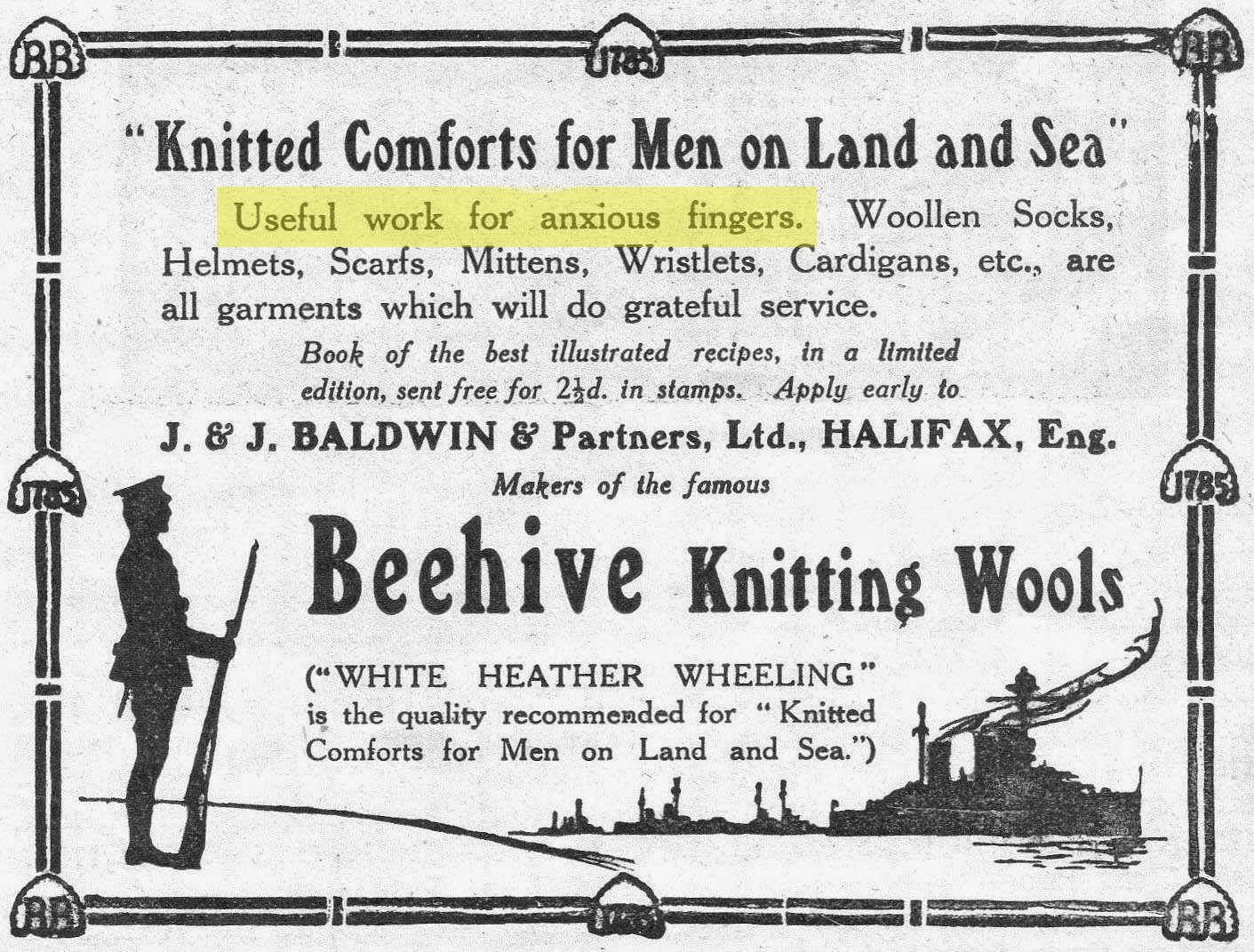 While looking through newspapers and magazines for pieces about knitting comforts for the troops, I started to collect other material that I found interesting or illuminating.  Many of these other articles are about the lives of women during the war (though not so much at the very beginning of the war, when the newspapers were full of stories of mobilisation and recruitment).  This blog will be a repository for all those snippets - the pieces about knitting and crochet, and the other things too.

Some rules I have set for myself:  all posts will be from British sources.  There was a lot of knitting for the troops going on elsewhere in the Empire, and women in the United States were very busy knitting, especially after the U.S. entered the war, but you have to draw a line somewhere.  There will be nothing about battles, or the big events like Zeppelin raids - they will be adequately covered elsewhere.  I don't think there will be anything about casualties.  Mostly, the posts will have something directly to do with the war - but not always:  there's a piece about a Charlie Chaplin film showing at the cinema in Holmfirth, which amused me, so it's going in.  (I make the rules, so I can change them if I like.)

As far as possible, pieces will be posted on this blog exactly one hundred years after they first appeared.  I aim to keep going until the end of the war, though probably less frequently later on.  We'll see how it goes....
Posted by Barbara at 17:45