For Instructing Children in Knitting

I can't recall ever seeing a mention of knitting in a church before - certainly not carved in stone.  But there is one in Abbey Dore church in Herefordshire.  In the church there is a stone slab inscribed with "A list of the Benefactions left to poor House keepers in this Parish to be annually paid out of the Estate under mentioned".  The slab was commissioned by the Church wardens in 1793, and lists bequests made between 1610 and 1720. 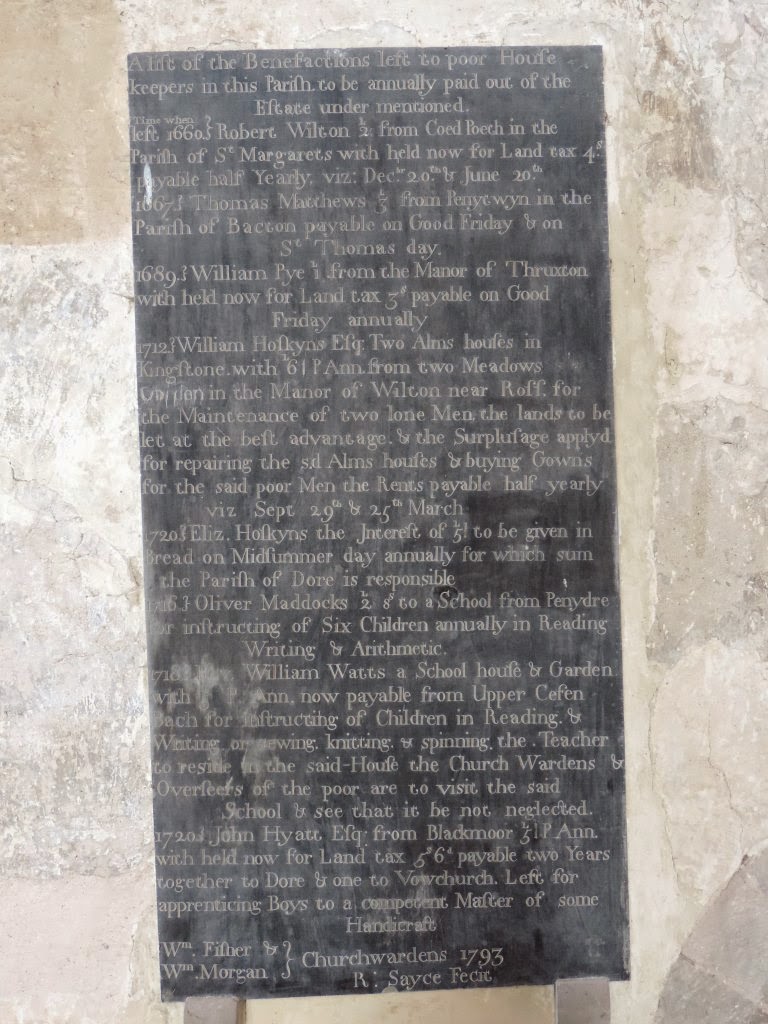 One of the items on the list reads:  "1718. Rev. William Watts a School house & Garden with 5L. P. Ann.  now payable from Upper Cefen Bach for instruction of Children in Reading & Writing or sewing knitting & spinning the Teacher to reside in the said House the Church wardens & Overseers of the poor are to visit the said School & see that it be not neglected."

I think this means that Rev. Watts bequeathed the property at Upper Cefen Bach (a farm, perhaps) from which the sum of £5 could be raised annually, as well as the school building with its garden, and that the £5 was sufficient to pay the teacher's annual salary.   Reading & writing as an alternative to sewing, knitting & spinning is odd - perhaps reading & writing was for the boys, and sewing etc. was for the girls?  I assume it was intended to be a vocational curriculum, teaching children skills that would be practically useful to them, though it seems a bit strange to leave out arithmetic.   But it's interesting to see knitting listed as a school subject in the 18th century.   And was the teacher a man or a woman?
Posted by Barbara at 23:20