While we were on holiday in Herefordshire, we went to the museum in Hereford, which currently has an excellent exhibition about the First World War and how it affected local people.   There were lots of interesting things on display, but one that caught my eye was an embroidered tray-cloth, made to celebrate the end of the war.  I noticed it particularly because I thought I had seen the design before - I've since checked up and I was right. 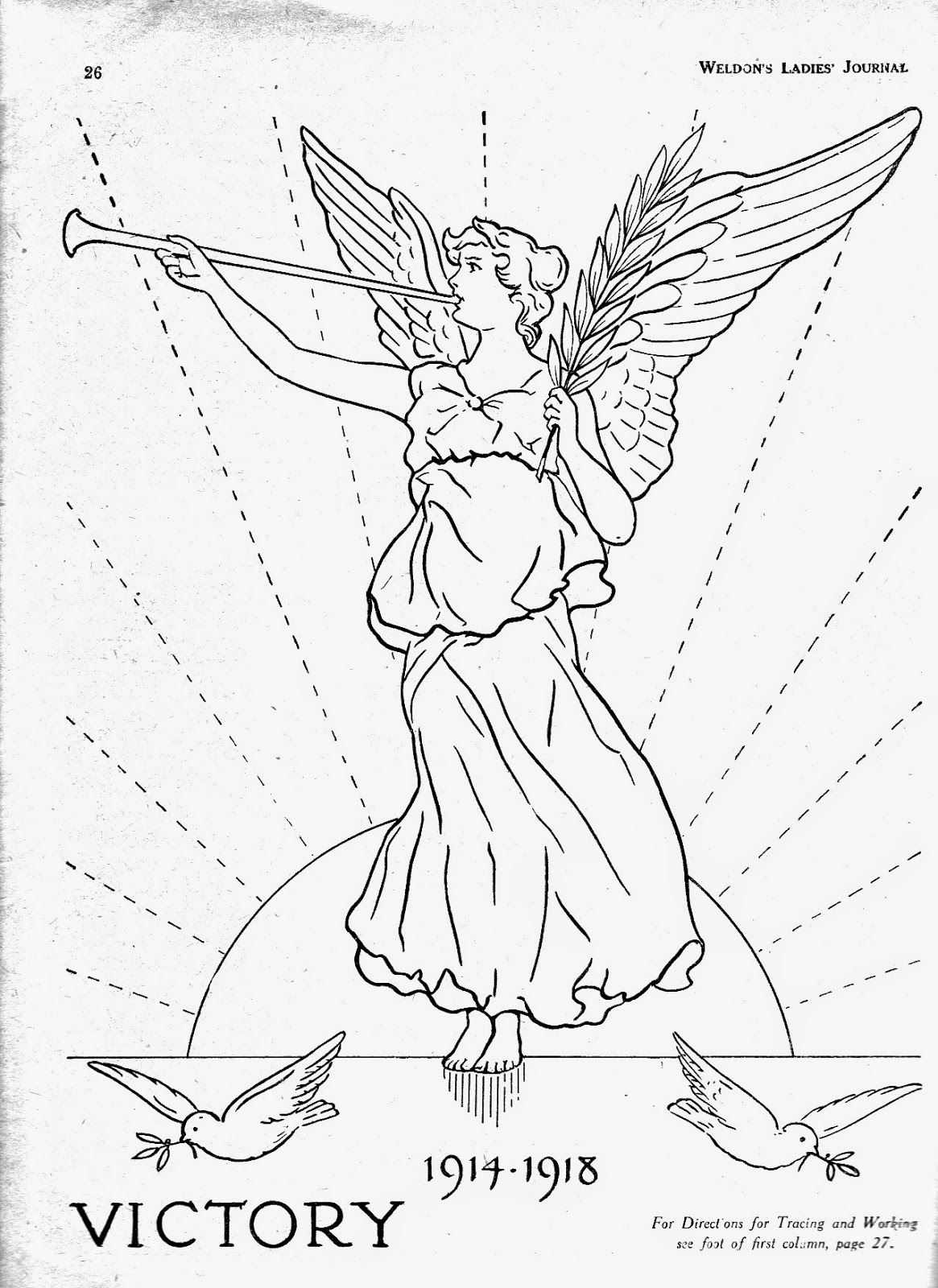 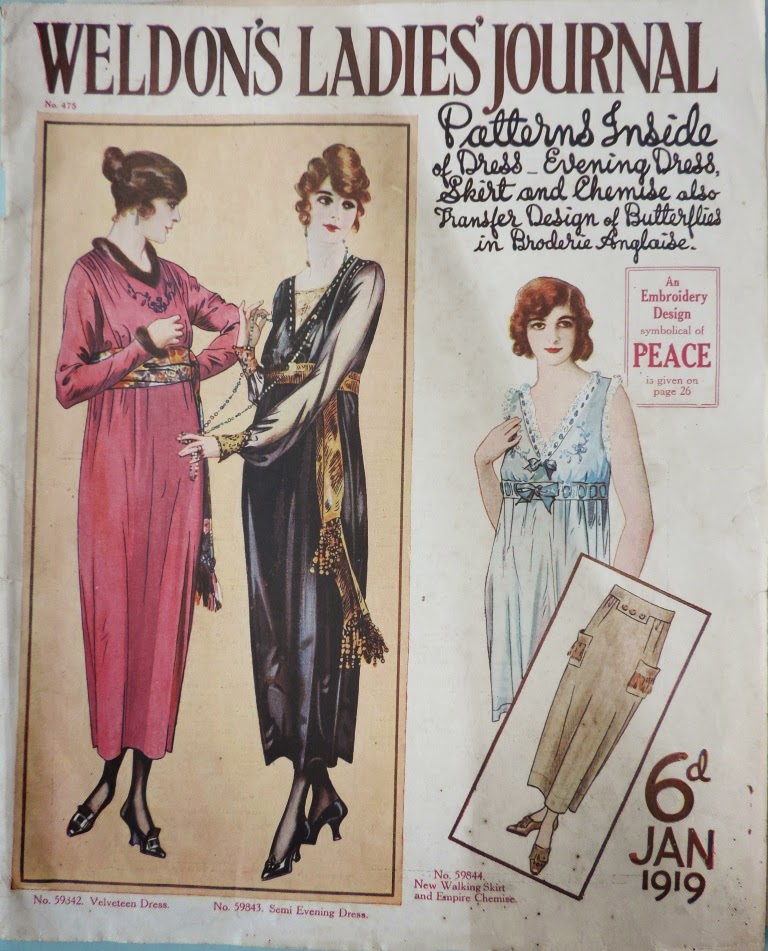 The magazine gives instructions for transferring the design to a piece of cloth, and suggests colours for the embroidery.  The tray-cloth in Hereford, however,  doesn't use the colours suggested, but is all done in white on black linen.   (I couldn't get a good photo of it because of the reflections in the glass of the case.)

Black seems an unusual colour to choose for a tray-cloth.  I wonder if  the person who embroidered it had lost someone dear to them in the war - though in that case, I cannot imagine that a Victory embroidery would be of much comfort.
Posted by Barbara at 13:21