This is one of an occasional series in which I look back at a past issue of Stitchcraft.  So here I'm looking back 70 years, to November 1947.

Although the war had been over for two years, there were still severe shortages of many things, apparently, and clothes rationing was still in force.  But perhaps it was easing up a little - earlier issues of Stitchcraft suggested ways to recycle wool unravelled from old jumpers, but this issue expects you to buy new wool.

Christmas was coming, of course, so the front cover has an angora bolero to wear "For a Winter Party". (I must show the heading for its exuberant use of three different fonts in four words:)

And the back cover of the magazine has a nice twinset in a complicated stitch pattern, knitted in 2-ply.  You only needed 10 oz. (285 gm.) for both the cardigan and the short-sleeved jumper - they weren't being extravagant with their clothing coupons.

Here's a close-up of the stitch pattern: 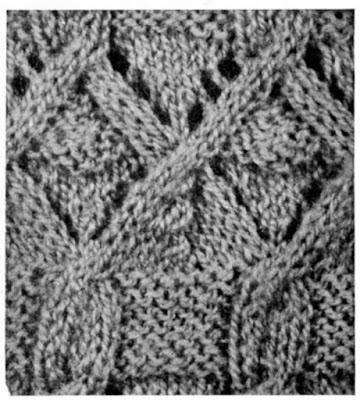 There are two more sweaters for women, and a charming little twin-set for a small child. 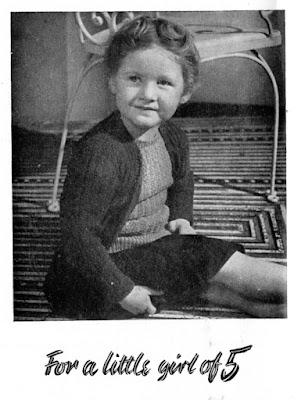 For men, there are patterns for gloves and a smart pair of socks.


And, with Christmas presents in mind, there are two patterns for soft toys.  They are called, I have no idea why, the Despondent Tiger and the Poetical Bull.  (Each toy requires nearly as much wool as the twinset, so the pattern does suggest using unravelled wool here.) 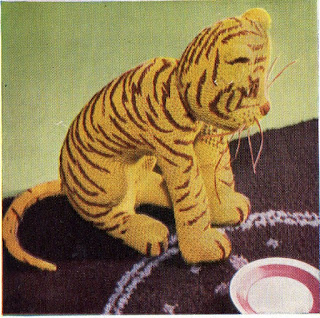 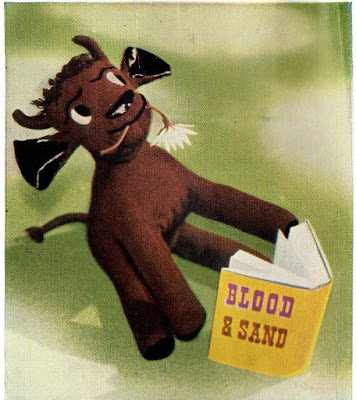 Earlier issues of Stitchcraft, such as this one from December 1941, had a cookery column.  That seems to have been abandoned by 1947.  And although there was usually quite a lot of sewing, embroidery, and other needlecrafts apart from knitting and crochet, both before and after the war, the November 1947 issue has only one item that isn't knitted - a cushion cover in applique and cross stitch. 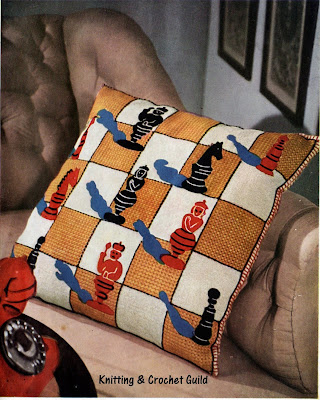 But for a knitter, there is a lot to appeal.  I might even try the sock pattern.

Members of the Knitting & Crochet Guild can download a pdf of this issue of Stitchcraft from the members' section of the Guild website.
Posted by Barbara at 16:33