For a Royal Baby 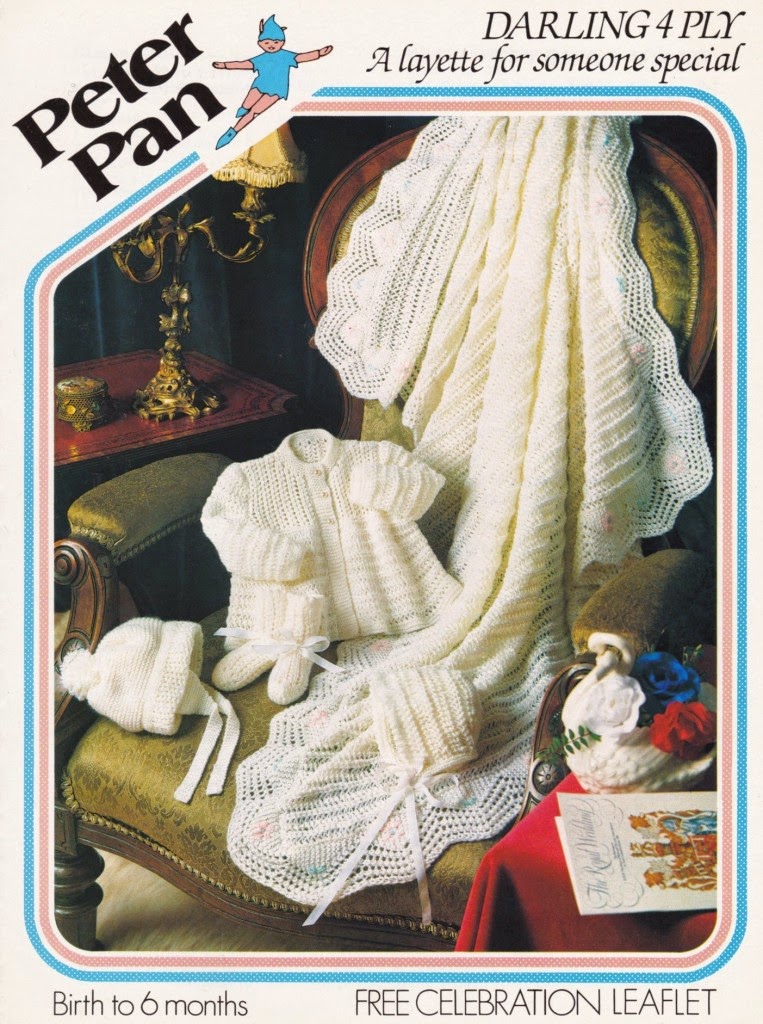 This week, we were sorting several boxes of Peter Pan patterns in the Knitting & Crochet Guild collection, and found several copies of this free pattern leaflet, "A layette for someone special".   It must have been issued around the time of a royal birth, so that you could make a set of baby clothes fit for a prince or princess, for a baby in your own family.  I'm guessing that the royal baby was Prince William (born 1982), because the booklet on the table in the foreground says "The Royal Wedding" and I think refers to the wedding of Prince William's parents the previous year.

It was a very timely find, since another royal birth was imminent, and the new princess, Prince William's daughter, has arrived today!
Posted by Barbara at 13:03