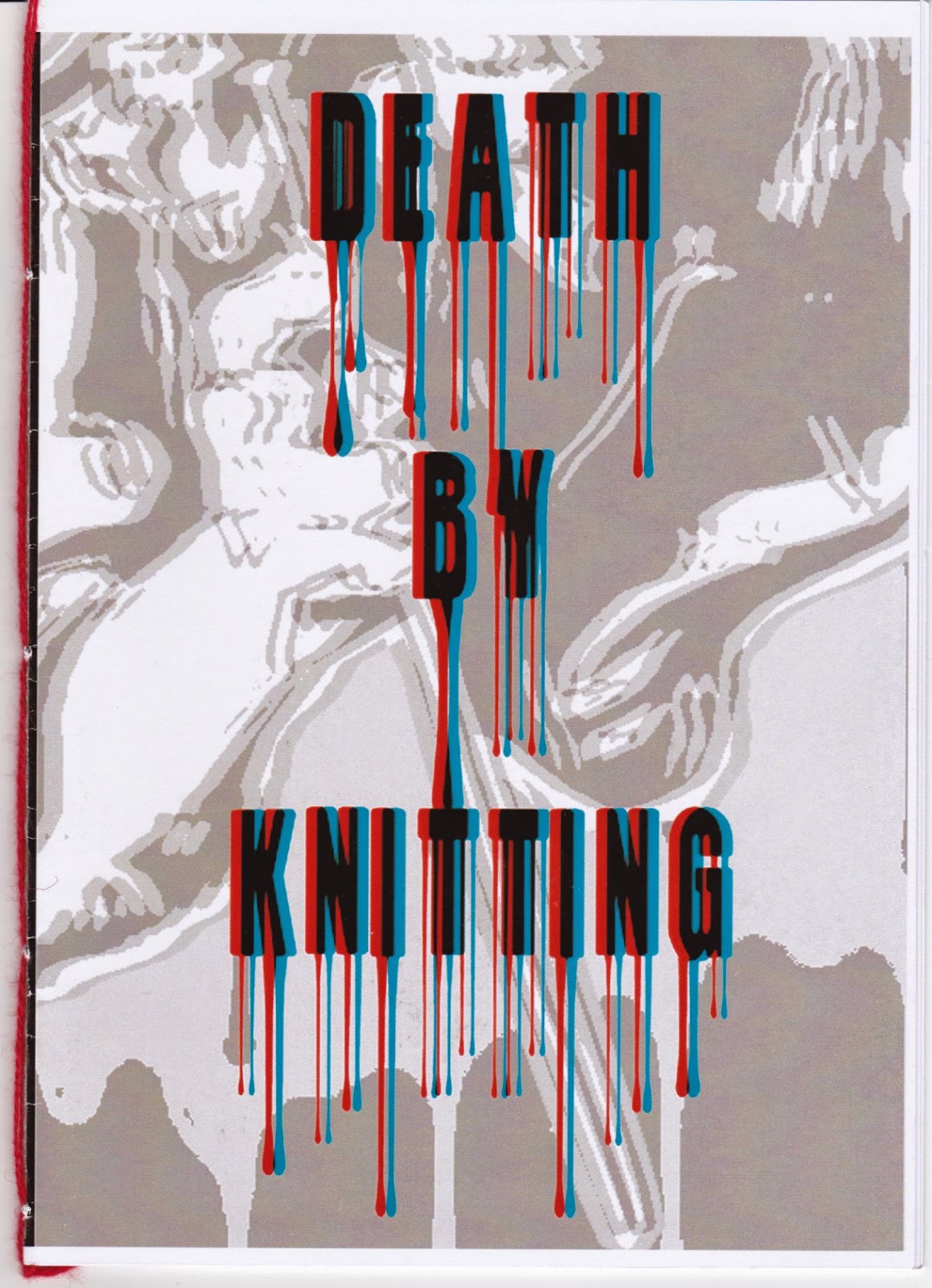 For Mother's Day yesterday, my daughter gave me this zine, Death by Knitting.  It's introduced as "The story of knitting needles used as weapons in films", and surveys several films in which people are attacked and killed by knitting needles.  Most seem to be horror movies, including Idle Hands (1999), where a young man's hand is possessed by the Devil, and he tries knitting as a way of keeping the hand under control.  Unsuccessfully, of course - otherwise the rest of the movie would be just scenes of him knitting.  A policeman gets stabbed with the needles when he tries to stop the young man knitting, and thereafter the film seems to be full of increasingly gory ways of killing people.  (It's a comedy, did I mention?)

Other films mentioned feature conventional knitting old ladies who either get mysteriously stabbed by their own knitting needles (The Old Dark House, 1963) or stab other people (The Crazies, 1973).

The cover of the zine looks amazing through 3D glasses - a pair was included.  It works on the screen too, if you happen to have a pair yourself.

The author is Kandy Diamond.  The zine was only part of her Death by Knitting project - you can find some of the rest of it on her web site, including the machine-knitted 3D posters she created for Idle Hands and The Old Dark House.  There are some other interesting knitting things on her web site too, that don't involve murder - worth a look.
Posted by Barbara at 10:47