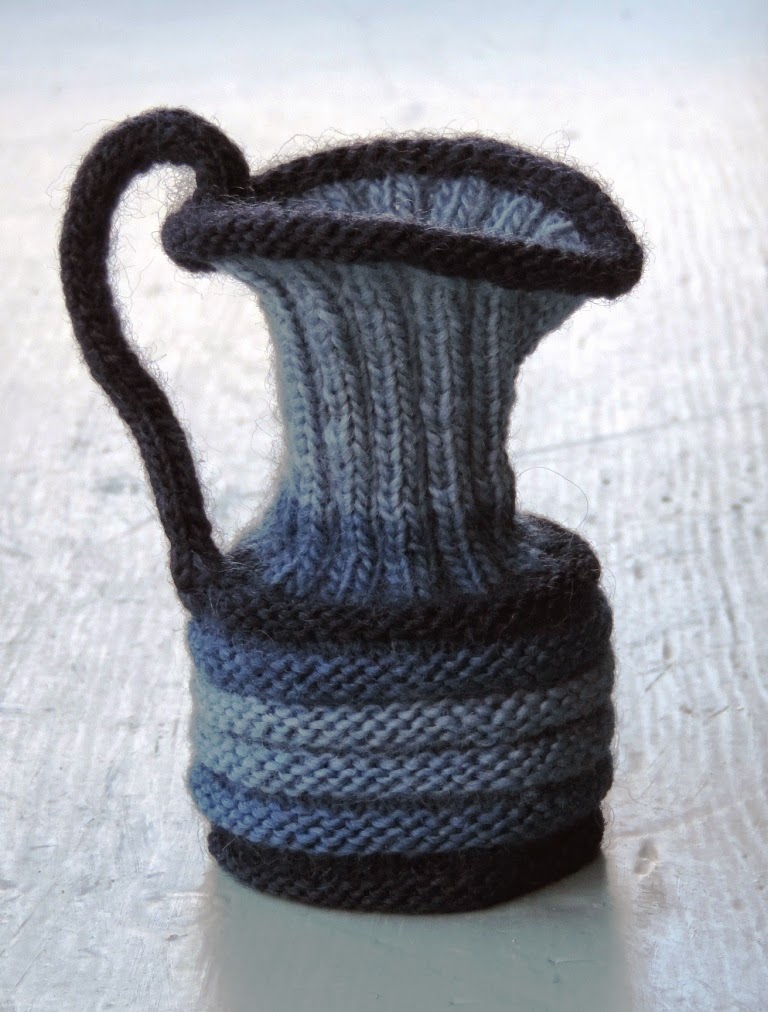 I have knitted another pence jug, this time in three shades of blue.  I decided to change colours part way up the neck of the jug, and remembered a tip I had read about changing colours in ribbing so that you get an even changeover.   It was in The Lady's World Fancy Work Book, October 1919, in a pattern for a tennis jumper.  The welt, cuffs and collar are in double rib (k2, p2) in stripes of pink and white.  The instructions say: "in ribbing, always work the first row plain when changing the colours to avoid showing a join." 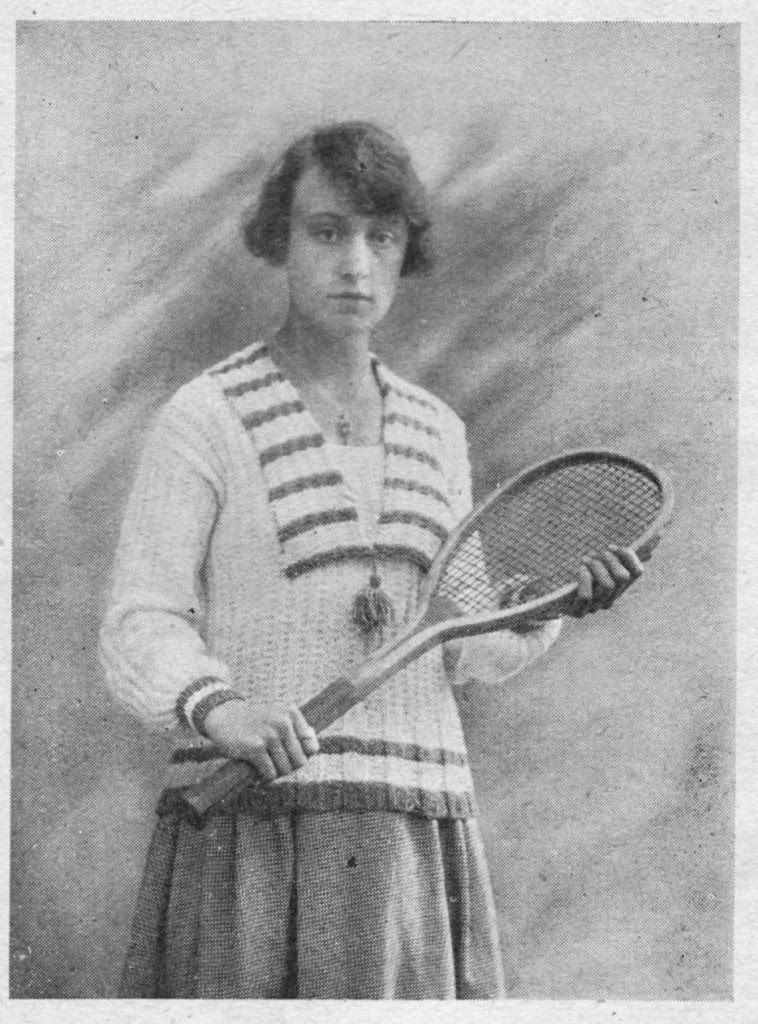 I knitted a swatch to see what the writer meant.  In my swatch, the first change (from grey to white) is at the bottom, and I just kept on knitting double rib as I changed colour.  For the second  change (from white to grey, at the top), I knitted the first row of grey and then carried on in double rib.  ("work plain" means "knit every stitch").  As you can see, in the first colour change, you do get an even break between the colours in the knit ribs.  But in the purl ribs, the colours are mixed for the first row, with white purl bumps followed by grey ones, before you get the solid white stripe.   In the second colour change, the colour change from white to grey is even all across the row.  And you cannot see that there is a row of knit stitches there, which was a bit surprising to me.


Getting an even colour change in the purl ribs doesn't matter very much in my pence jug, because in the narrow part of the neck the purl ribs don't show.  Unless of course, you decided to store your Victorian pennies in the jug, in which case you would have to stretch the neck to get them in.  But I used the Fancy Work Book tip anyway.  In the tennis jumper, the ribs are pressed flat, and so the purl ribs are very much on show, and an even change of colour would be important.

In exchange for getting an even colour change on the right side on the work, you get  a much messier change on the wrong side, as you can see from the second view of my swatch. So this is not a technique to use on something like a ribbed scarf.  It clearly has its uses, though, and I was surprised to see that it was known so early.  Of course, knitters in 1919 had just spent four years knitting socks and Balaclava helmets, so many of them must have been very skilled, but they would not have had much scope for coloured stripes in knitting comforts for the troops.   I'm told that Elizabeth Zimmermann advocated the same technique - an example of what she called "unventing", i.e. independently inventing an idea that someone else has already thought of.