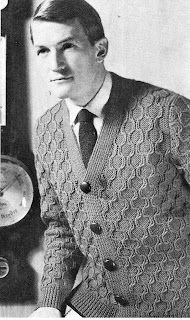 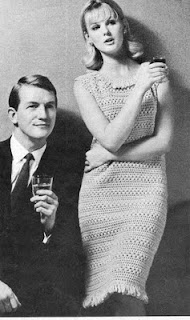 Given the fashions of the time, the dress seems to me a successful design.  Although it now looks too long (to me anyway), the below-knee straight shift dress was very current in the mid-sixties - Mary Quant was only just beginning to introduce the mini-dress that we tend to think of as typical of the whole decade, and Stitchcraft readers would not have been trend-setters.   I think Eve Sandford was quite justified in feeling proud of her achievement.
Posted by Barbara at 15:53