A Host of Hats

Last week, we had the monthly meeting of the Huddersfield branch of the Knitting & Crochet Guild.  Everyone was invited to bring along one or more hats and talk about them (or bring no hats and hear the stories).  It was fascinating to see the huge variety of hats that were brought  - old hats, new hats, designer hats, make-it-up-as-you-go-along hats.   Hats that turned out well, and one that didn't.

I took photos of some of them - unfortunately, the lighting in the cafe was not very good for photography, and the colours in particular are sometimes a bit weird.

First, the vintage knits. Pamela brought along two Fair Isle tams that she knitted many years ago, and the booklet that the patterns came from. 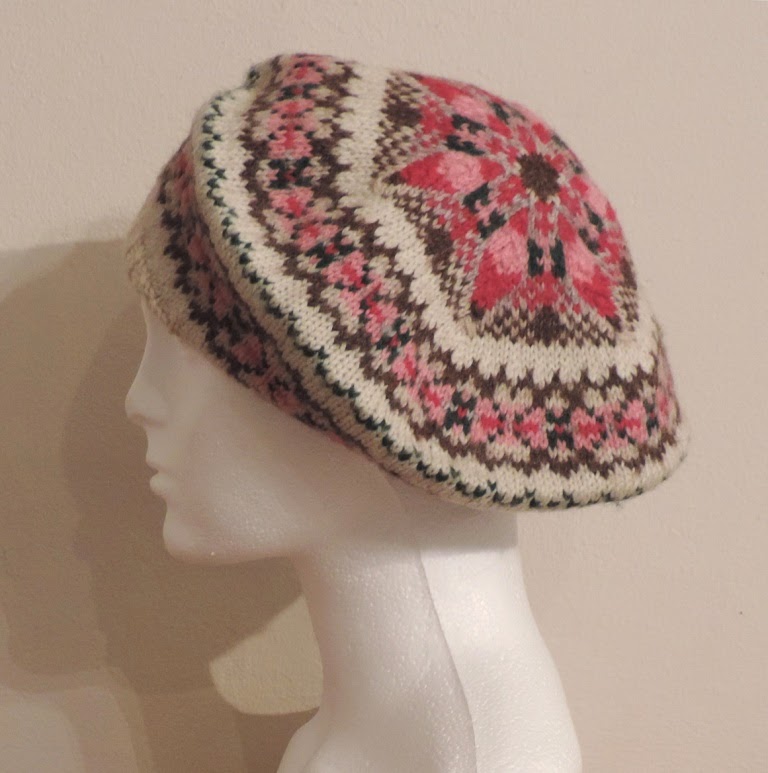 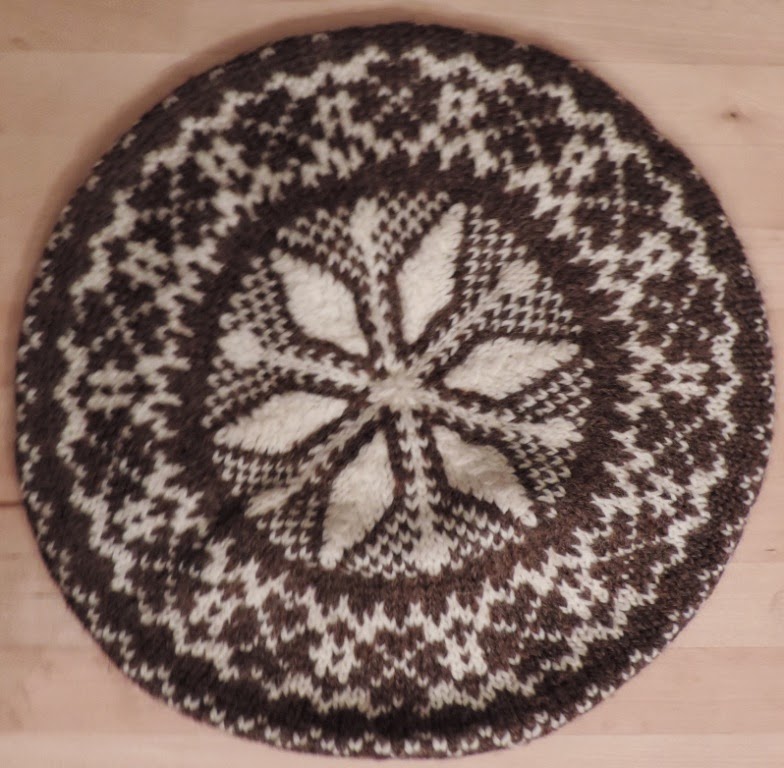 I brought the Aran bobble that that my mother knitted for my sister in the late 60s, which I wrote about here. 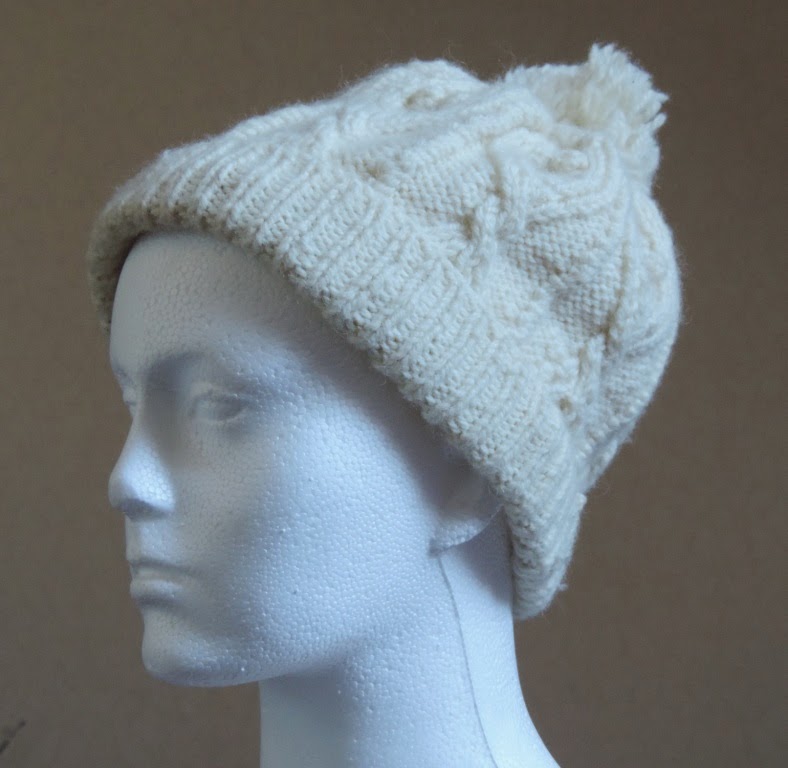 I also brought my latest project, which was inspired by a 1914 pattern, so it is a sort of vintage knit, but also new.   More on that later. 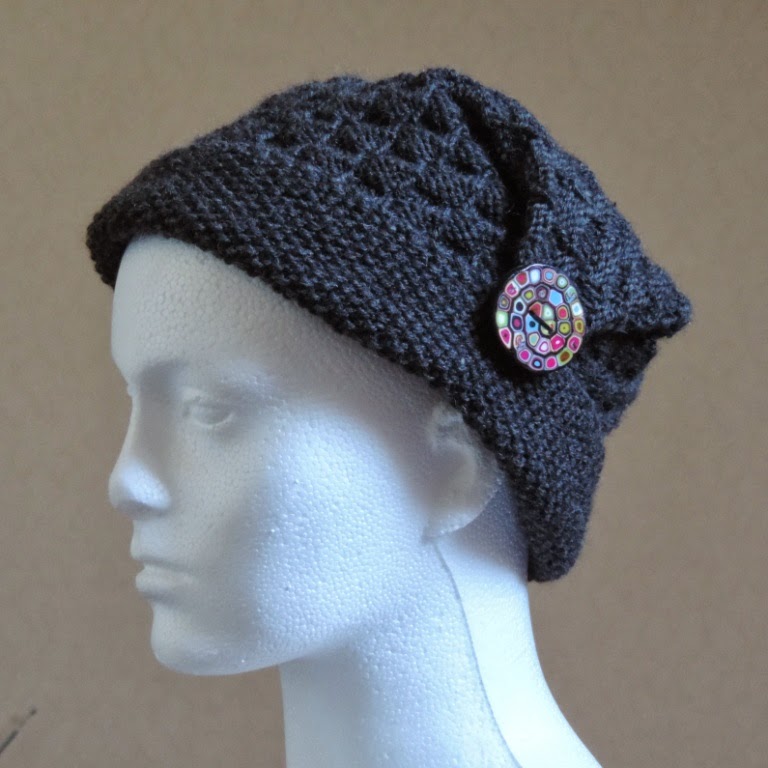 Then the designer hats.  There were three designs by Woolly Wormhead.  Margaret has made her Meret beret more than once - here are photos of two, one much slouchier than the other. 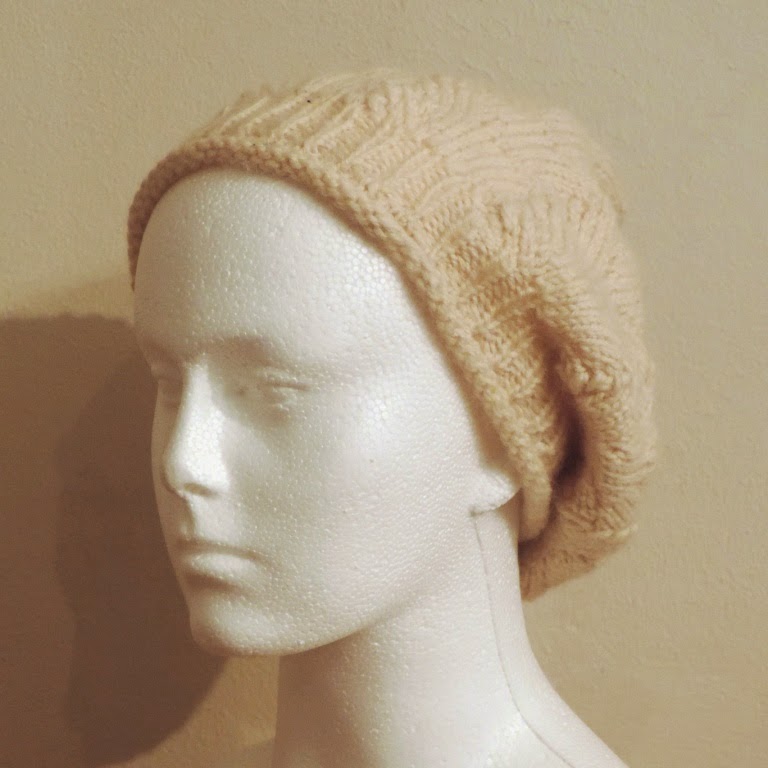 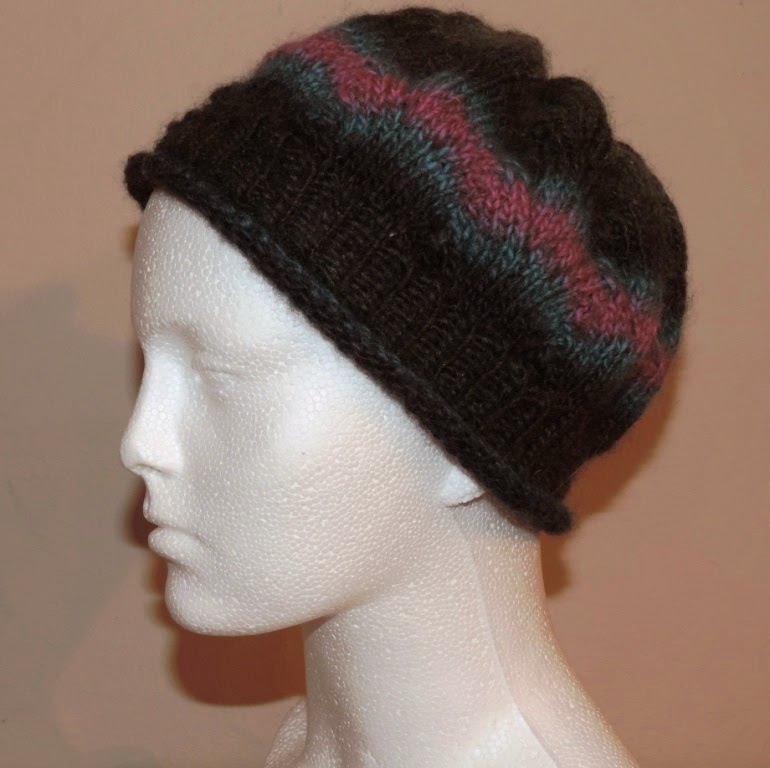 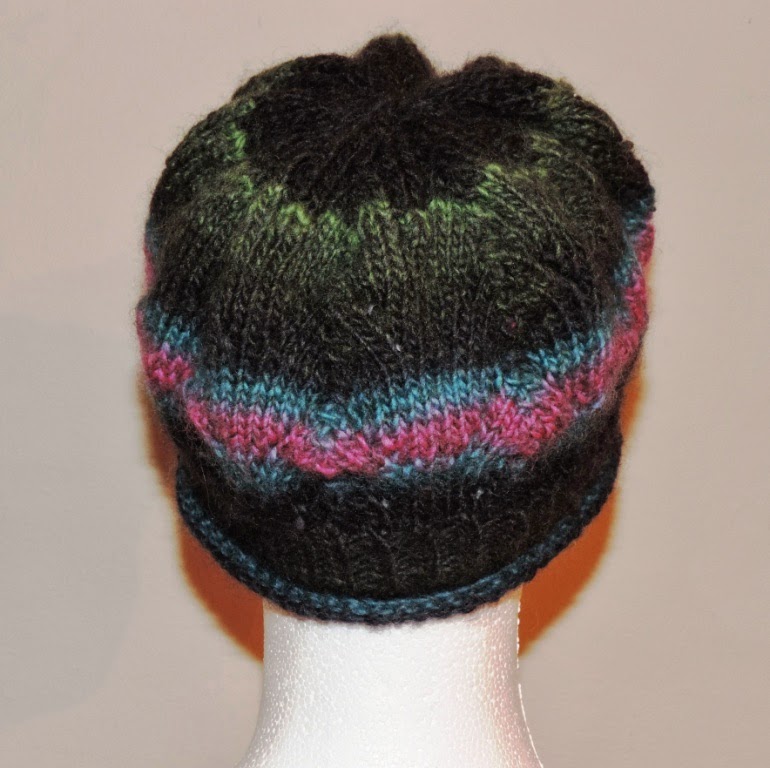 Sarah and Marie both brought their Encircle hat, which was Woolly Wormhead's mystery hat design in 2012.  I knitted it too, and wrote about it here.

Marie also brought in Erica, which was WW's 2013 mystery hat.

And Lorien by Ann Kingstone.  (She also brought Ann's Ilkley Moor design - the hat to go with the Baht 'At fingerless mitts.  It is beautiful, in the limited edition blue version of Baa Ram Ewe's Titus yarn called Boothroyd - but I didn't manage to get a good enough photo of it  to show the delicate cables.)

There were several hats that people had knitted to their own designs.  Angharad brought a navy and mauve hat she made to use up wool left over from a pair of mittens - the photo really doesn't do justice to the colours. 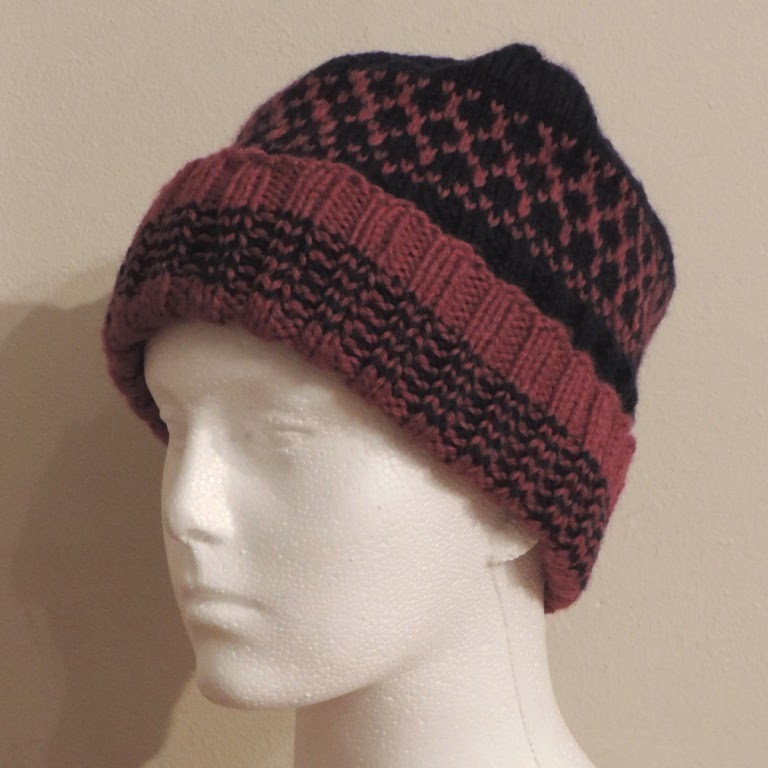 And Marie brought a design of her own in feather-and-fan stitch to show off some yarn she spun herself. 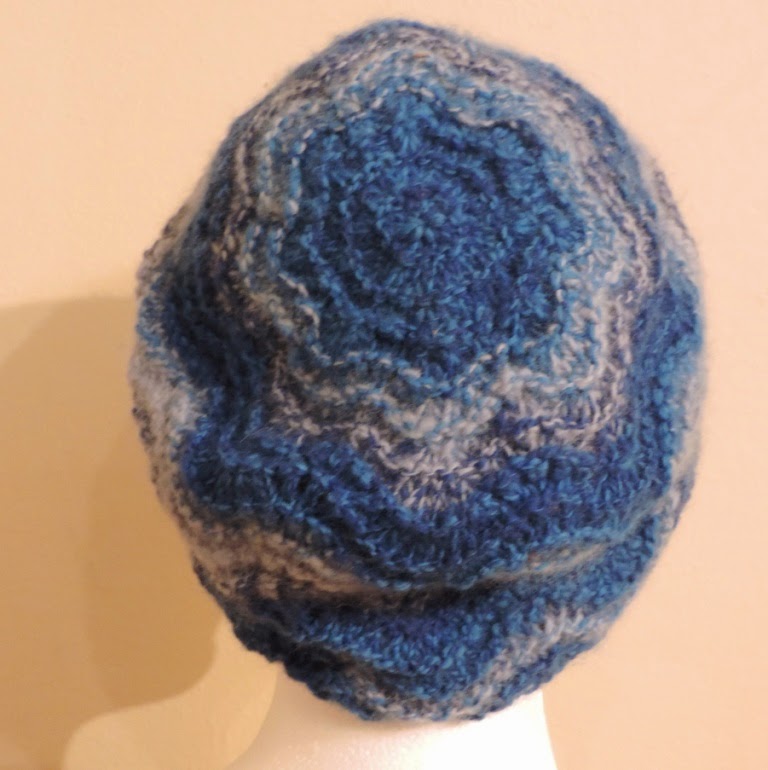 Marie really likes knitting hats, especially blue ones.  She also brought in the funniest hat of the evening - one that didn't quite work.   Beautifully knitted, though.  And blue.

Apologies to those who brought hats that aren't featured (either because I didn't get a photo, or it didn't turn out well), and to anyone whose hat is wrongly attributed or described - let me know if so.

It was a very entertaining evening.  I feel inspired to knit more hats.
Posted by Barbara at 16:49